Indies Previews For July Part 2 of 3 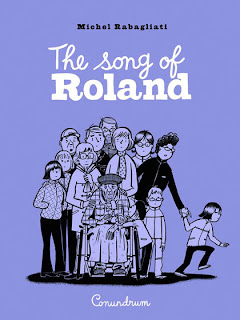 Conundrum Press
Song of Roland GN by (w/a/c) Michel Rabagliati
The Song of Roland focuses on the life and death of the father-in-law of Rabagliati's alter-ego Paul, who has been called The Tintin of Quebec By Le Devoir. As the family stands vigil over Roland in his hospital bed, Rabagliati weaves a story of one man's journey through life and the legacy he leaves behind. The French edition, Paul à Québec, was critically hailed, winning the FNAC Audience Award at France's Angouleme festival, a Shuster Award for Outstanding Cartoonist, and was nominated for the City of Montreal's Grand Prize, and the Audience Award at Montreal's Salon du Livre. 192 pgs, $20.00 A stack of preview pages from Rabagilati’s other books here.
Lee: Paul, Rabagliati’s other work, was stellar! It captured a young man’s life perfectly. Now, expanding on that Rabagliati is going to discuss one man’s entire life. This should be fantastic and well worth your time and money.
Jim: Gwen is off today. Slice of life at times is not my thing, but this has some appeal. 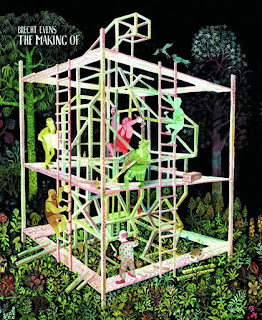 Drawn & Quarterly
Making Of HC by (w/a/c) Brecht Evens
Pieterjan is invited to a small town as an honored guest. From the moment he arrives, things start going wrong, and since no one seems ready to step in, Pieterjan takes over the show. He decides to build a giant garden gnome as a symbol of Flemish identity, but the construction process brings buried tensions to the surface as the other artists become jealous of Pieterjan's authority. In The Making Of, Evens delves deep into the petty tensions, small misunderstandings, and deadpan humor that pervade modern relationships. Sweeping watercolors jump off the page, surrealist scenery intermingles with crowds of people, and small suburban plot homes have never looked so lovely. 160 pgs, $29.95 Visit Evens website here and marvel at the lovely pictures. You can read his last English language story here.
Lee: Ok, this is an interesting one. The pictures are awesome and slightly surreal. The story sounds wonderfully silly. This could be really, really good.
Jim: I'm sick of capes but this does not "float my boat". 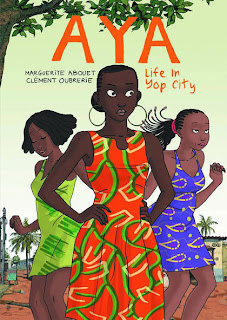 Aya: Life in Yop City GN by (w) Marguerite Abouet (a/c) Clement Oubrerie
Ivory Coast, 1978. It's a golden time, and the nation, an oasis of affluence and stability in West Africa, seems fueled by something wondrous. Aya is loosely based upon Marguerite Abouet's youth in Yop City. It is the story of the studious and clear-sighted 19-year old Aya, her easy-going friends Adjoua and Bintou, and their meddling relatives and neighbors. It's wryly funny, breezy account of the simple pleasures and private troubles of everyday life in Yop City. This reworked edition offers readers the chance to immerse themselves in the lively world of Aya and her friends, bringing together the first three volumes of the series in Book One. Drawn & Quarterly will release volumes four through six of the original French series (as yet unpublished in English) in Book Two. 112 pgs, $24.95
Lee: This is a reissue so technically it isn’t new. But I am willing to bet there aren’t a lot of people that read it the first time. Don’t worry, I have and it really is good. It’s the story of twenty somethings being twenty somethings. It’s well executed and highly entertaining if you like slice-o-life stories.
Jim: Now this looks good. I like reading about different people's lives in places I'm unfamiliar with. 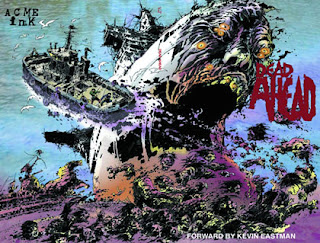 Gumby Comics/Acme Ink
Dead Ahead Vol. 01 SC by (w) Mel Smith (a/c) Alex Nino
What had started as a fun little fishing trip soon turns into a nightmare of damnation, trapped on a floating prison. The continents have been hit by a zombie outbreak that spread fast, turning humanity into living corpses, leaving those at sea alive to fend for themselves. With provisions running low, hope comes on the horizon in the form of a luxury liner. All they needed to survive would be on the ship, but who among the fishermen will dare to board the liner and discover what's become of its passengers and crew? $19.95 You can see preview pages here and here.
Lee: This is a collection of a series that was originally released back in ’08-’09. This is a complete mystery in terms of story quality, but from the previews it appears that Nino was really having fun with the art. If you love Nino it’s worth checking out.
Jim: You had me at Alex Nino. His work is so detailed I would love to see it in actual size. 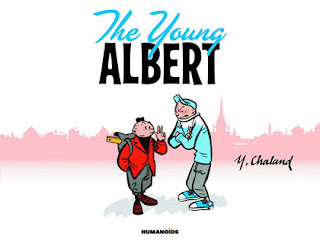 Humanoids Inc
Young Albert HC (deluxe) by (w/a/c) Yves Chaland
From legendary ligne claire cartoonist Yves Chaland comes one of his seminal works, The Young Albert, recounting in comic strip form the daily misadventures of mischievous Belgian youngster Albert. $69.95 Read a bio here which also has links to all sorts of art samples, etc etc.
Lee: Humanoids has been putting out these very expensive hc’s for the last couple of years to my dismay. These books have crushed my budget but they are sooooo nice. And the books have been sooooo good. Chaland is a master draftsman and his art is simply stunning. It’s great stuff if you have an extra penny, or dollar, to spare.
Jim: I'll stick with Pearls before Swine. 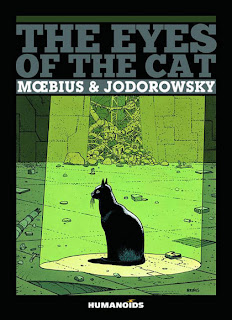 Eyes of the Cat HC by (w) Alejandro Jodorowsky (a/c) Moebius
The very first graphic storytelling collaboration between two masters of the medium, Alexandro Jodorowsky and Moebius. In a desolate dreamscape world, a man, a bird, and a cat interact in a unique apocalyptic yet poetic fashion. 56 pgs, $34.95
Lee: Ok, this is a semi-relist. I say semi because the last time it was listed it was a $75 slipcased, deluxe hc. Now it’s a much more reasonable $35 hc! If you love art this is not to be missed. It’s Moebius at his best. But, it is a short story, it’s 56 pages. The story is good… but it’s still very short. If you love art, it isn’t to be missed, if you must have a long involved story to go with your art you might want to wait.
Jim: 56 pages for $35, no thanks.