Last time, I talked about Superboy but let's not forget his lovely companion in super capes!  The girl of steel herself, Supergirl.  Supergirl has been around forever and has had more bad comics than just about any other hero I can think of.  Actually, her original 50's stuff is great (My girls give it 2 thumbs up!) and her 70's stuff was atrocious.    Peter David's run in the 90's was one of the best and is still very, very readable today.

Here's a selection of some of her best covers. 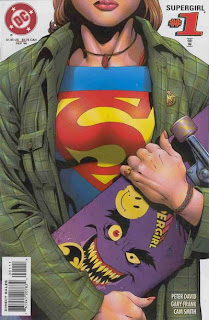 More below the break. 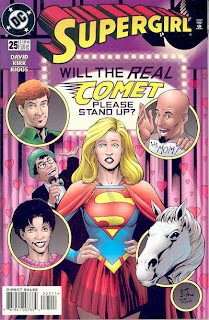 Supergirl #25, September 1998
Pencils: Leonard Kirk
Inks: Robin Riggs
And this captures the silliness that has encompassed almost all of the SG series over time.  But, it's got Comet the superhorse in it so you know it's gonna be good. 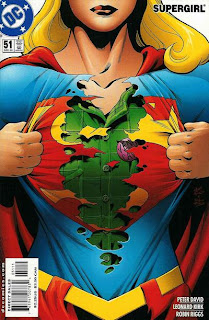 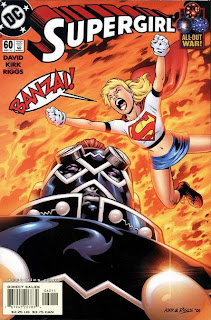 Supergirl #60, September 2001
Pencils: Leonard Kirk
Inks: Robin Riggs
Eventually, the sensible costume was replaced with this silliness.  It was a sad, sad day when Paris Hilton started to influence SG more than normal girls.  But, this cover is excellent.  There aren't many times you get a giant banzai on a cover. 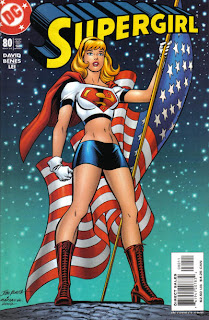 I can't believe this is John Romita.  He is such a talented artist that he makes the ridiculous costume appear somewhat normal.  I said somewhat!  Anyway, another great homage to the early Superman covers.   And was the last issue of this particular series.  Ah well, it was fun while it lasted.


That's it for this week.  Now go enjoy what's left of your weekend.