Random Thoughts and Other Things I Have Read

If I have time on Friday I thought I would share my impressions of various stuff that I have run across during the week or stuff that does not fit to make a full fledged post on its own. 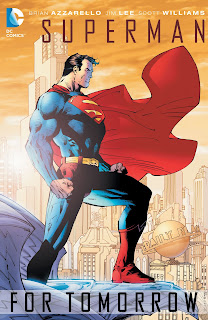 I picked up the Superman For Tomorrow trade by Brian Azzarello and Jim Lee. I could not read this as single issues and dropped the book at the time. I decided that Azzarello is too good of a writer for this to not have had more merit then I gave it, but sure as hell I was not going to buy an Absolute edition. The trade was $30 for 12 issues so it was worth it from that standpoint and I didn’t pay retail, even better. Reading the entire story in a few sittinga made the story cohesive and it did hang hung together very well. It was an emotional story of Superman trying to save the world and his struggles with being a savior. Having a priest as his confessor was a nice touch as it added to the entire savior and Christian imagery that was being put into the book. I was not a huge fan of Jim Lee’s artwork, but it was dynamic and the fight scenes were outrageous. It is a Superman story that made me think and made me see Superman in a different light. It had parts in it that did not make 100% sense to me, but Azzarello does not explain everything in books that he writes. He allows the reader to piece some things together. All in all I would say this is one of the better Superman stories out there, but as an episodic comic, in my opinion, it failed. I think at this point I have to understand that certain books, as much as I prefer the monthly form, are now written as a complete story that needs to be read without 30 plus day breaks between chapters.

A side note is that it is always surprising to me when I try to think of all the great Superman stories and it comes down to Alan Moore’s two part goodbye to the Silver Age Superman and Morrison’s All Star Superman, an okay Loeb/Tim Sale book and a cool Darwyn Cooke story. DC needs to just commission some great creators to tell their Superman story. For a character with so much history it is slim picking for great Superman stories. 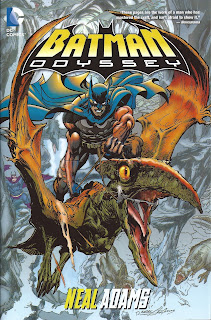 So back to the first point with Superman For Tomorrow leads me to Batman Odyssey by Neal Adams. Neal changed comics as much as Kirby/Ditko and Lee did with his dramatic style. It can be argued he saved the X-Men from fading into nothing and he revived Batman, Green Lantern, Green Arrow and made Deadman into a long term semi-popular character. In an interview at Comics Beat he states that Odyssey only works as a novel.  Now this book was an insane book to read as a monthly and I dropped it, so now I’m inclined to give it another shot. The thing that bothers me is that DC and Marvel need to determine how to release these types of stories. Maybe they wait until the book is done and release it weekly or straight out as a graphic novel, but some way that serves the story better then the monthly cycle. 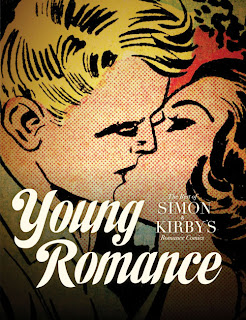 I recently read The Best of Young Romance by Simon and Kirby and it was one of the best things I have read this year.  It may sound lame, but the guy who pulled this together did a great job and the stories are actually pretty interesting. The pre-code material is the best part of the book. It is a shame that comic had a huge female audience and lost it and are only now getting it back.

So I “hear” lots of creators complain about the internet being negative on stuff, even before it is read. Well the companies are asking ask us to decide if we want to buy it or not based on teasers and/or solicitation copy, so of course we are going to judge. Instead of being offended, get out in front and present what you are selling better. If I write a smart ass remark off solicitation copy and call the Green Team a horribly lame idea, don’t blame me for prejudging, get out in front and talk about what makes the book so cool to you as a creator on the book. 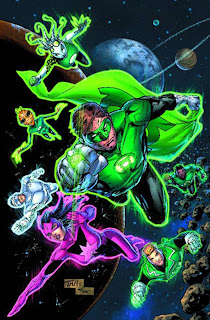 Finally some good news to come out of DC, the writers for the now five GL family books are going to be Robert Venditti, Joshua Hale Fialkov (2 books), Justin Jordan and Keith Giffen. I have dropped all but GL and GL Corps, but now I’m back on these books once these guys come on the titles. DC has been using so many 90’s retreads and only putting new writers on bottom tier books. This is a huge gamble, but one that I’m happy to see. I hope that this marks DC taking chances and trying to build new starts outside of Snyder and Lemire. I also hope that DC stands back and let the creators run with their ideas and stop forcing editorial mandates down everyone’s throat.
Posted by Jim at Friday, February 22, 2013