These reviews are from last week as with my sister's wedding this weekend I've been too busy with last minute prep before my trip to Maryland to have much time for reading. 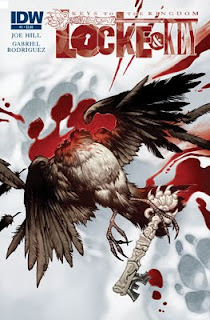 
While I enjoyed the underlying story in this issue about Boyd learning to make friends (and sadly mourning them in the end) the story telling through multiple perspectives left me at first a bit confused and later a bit dizzy. The art did help distinguish the differing perspectives but it took me awhile to adjust. Regardless the sparrow story was a good one. 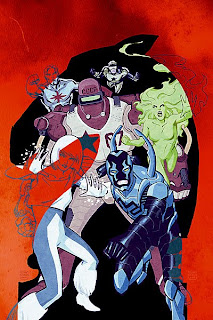 
I've had a lot of fun with this team being "reformed" especially with the addition of the new Blue Beetle and the very very communist Rocket Red. Speaking of the new Rocket Red - Fire's plan to break into Checkmate was hilarious. Max Lord behind this team or not I'm glad at least one of DC's team books is still fun to read. 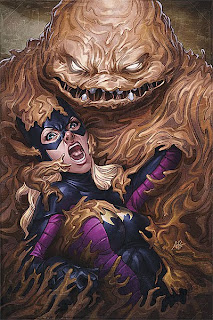 
I love Stephanie as the new Batgirl and while I preferred having Oracle behind Steph's new persona, Wendy subbing as Proxy should work out just fine. This was a decent issue but it seemed like a space holder in some ways. I am a bit confused about the main police detective... first it seemed like something was going on between him and Babs but now it seems like the flirting is between him and Steph. I guess I'll just have to keep reading. 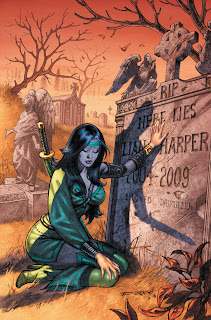 
I don't like this book much but at least Arsenal going bad seems to be serving some sort of plot purpose. Also I am a bit curious as to what they are trying to do with Osiris. 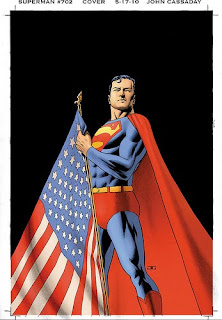 
I've really been enjoying the Grounded storyline thus far. While I suppose it isn't all that action packed they have been pretty good stories about what Superman is really about - helping people. I think this is something that fell to the wayside with all the interplanetary battles as of late. 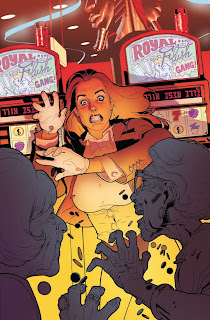 
This book has gotten better with the most recent storyline and even the art has been more acceptable. I'm hopeful that this book will continue to improve as Zantanna is a pretty awesome character and deserves a good book :) 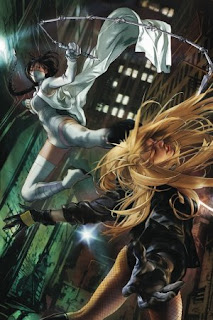 
The reveal for White Canary just wasn't terribly exciting as it took me awhile to realize what characters (White Canary's brothers) were being referred to. The story with Savant and Babs was very well done though and I'm having a great time reading this relaunch of Birds of Prey.
Posted by Gwen at Friday, August 27, 2010