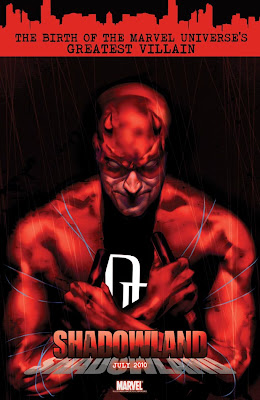 There’s a lot of wailing and gnashing of teeth throughout the comic internets about the current direction of Daredevil. Between Shadowland casting him as a villain (or at the very least, getting dangerously close to villainous territory) and the news that Marvel’s going to be “ending” his series following Shadowland, lots of people aren’t happy.

Since Born Again, we’ve had Daredevil’s ex killed, his secret identity revealed to the world, seen him spend time in prison, and get forced to reluctantly take control of the Hand. Now, I’m not sure how taking control of a ninja death cult could end well, but it looks to be ending about as poorly as possible with Daredevil constructing a prison for criminals and corrupt cops in the heart of hell’s kitchen and going up against all of NY’s street level heroes.

As a concept, I think this is great. Putting Daredevil through the ringer has been basically the default setting on Daredevil since Frank Miller took over the title. It has certainly been the focus of virtually every run on this title since it was rebooted under the Marvel Knights imprint. It’s about time for Daredevil to hit rock bottom and him taking control of the Hand is certainly a good enough story for that to happen.

As a concept I love Shadowland. With everything that’s happened to Daredevil throughout the past few years, it makes sense that’d he say “enough!” and stop playing by the rules. Played as a fall from grace, followed by a redemption, it’s a story that’s tailor made for comics’ most catholic superhero. The problem has been the pacing. The story of Daredevil being corrupted by the Hand felt like it was going for a slow burn, until Shadowland kicked in. Then it felt like the process we were about to watch slowly advance for a while, was finished and Daredevil was an absolutist psycho in charge of the Hand. 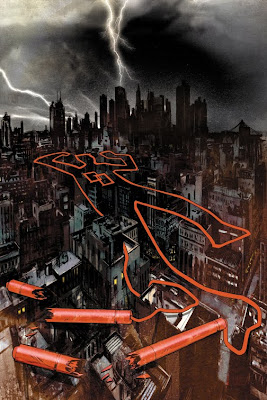 I don’t want to judge the book too harshly, after all it hasn’t been completed yet and there’s clearly more going on to some of the story than meets the eye. However, right now, it feels like a good idea that wasn’t earned.

Still, I like the basic direction of the story. Its time for something different for Daredevil, and for that to happen, its time for him to hit bottom. Shadowland looks to be doing that. Following the crossover, Daredevil is going to be “cancelled” and followed up with a mini series called “Daredevil Reborn.” The lack of cardboard silver age characters at Marvel has me much more optimistic about this series than anything with that title at DC.

Anyway, I think its time for a fresh start with Daredevil and I’m interested to see where they go with that, because a story where Daredevil builds himself back up feels like something we haven’t gotten in a long time on this title. I’ve been luke warm on Andy Diggle’s run thus far, but I’ve liked enough of his other stuff that I remain optimistic. I’m totally on board with the direction he’s taken this title, I just wish the execution were a little better. Hopefully Shadowland will end up being more than the sum of its parts and Reborn shakes this title up a little.
Posted by Greg at Tuesday, August 31, 2010