I'll be taking over Mondays for awhile as I thought, hey! Mondays! I'll have plenty of time to read the comics I get on Weds. by Monday! Well it didn't really work out that way this week but at least I got enough reading to do a few reviews. 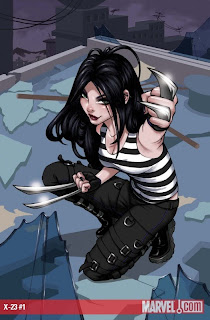 
Okay, first of all, this is a terrible super-character name. I mean, I get the story reason and all but it's still dumb. Regardless - this wasn't that bad of a book but it didn't really capture me at all. I was a little confused as to what Laura was having nightmares about until I read the character background thing. Also, the coloring was really off and it took me awhile to recognize Storm because of it. The coloring seemed faded out. I feel like this book could go somewhere but this was not the strangest start. 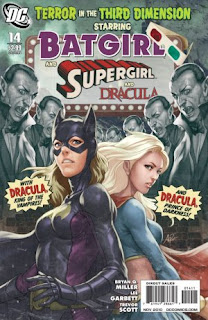 
I've been really enjoying the Batgirl books but I feel like this was a filler issue. It was still a cute story and all but I think it would be good for the book to pick up the pace since it'll take some work for Proxy to fill in Oracle's shoes. I'm really hoping this book will continue to be as enjoyable now that Oracle has gone back to BoP. 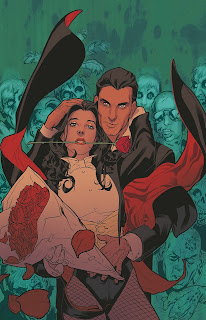 
What is with this cover?? I really want to enjoy this comic but the sexual overtones in the artwork really bother me. 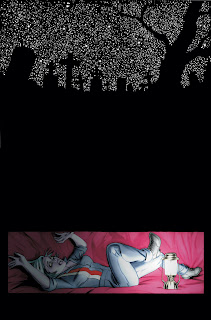 
I'd really thought I'd had my fill of zombie comics until I started reading izombie. This is such a well written book and really explores some fun monster ideas. It plays with familiar monster stereotypes and makes them into something more. Also, Gwen the zombie having a crush on a monster hunter is entertaining. I like that Gwen has a dilemma as to whether or not she can actually kill someone else to continue surviving. 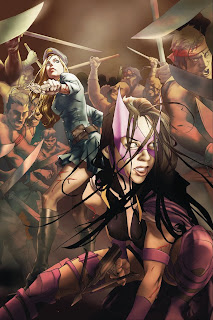 
I am still somewhat lost about this White Canary thing but I'll role with it for the sake of this book. Unfortunately with such a serious plot line there hasn't been as much room for the humor I always loved in Birds of Prey. At least Savant was saved and hopefully Babs can help him. 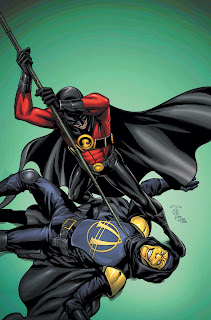 
Tim Drake is developing into a really cool character as Red Robin. I really liked his plan with walking around injured for an extended period of time in order to cement his secret identity. I also liked how that put another guy in danger because of Anarchy killing off possible Red Robins.
Posted by Gwen at Monday, September 27, 2010