Another Viewpoint on John Carter (of Mars)

Since I was off yesterday, my wife and I took the opportunity the night before to go the movies (because I wouldn’t have to go to bed at my normal 21:45 to get up at 02:45 the next morning.)  The only film I wanted to see was John Carter, despite the epic “FAIL” Jim gave it this past Monday.  Of course, I wanted to further enhance the experience in 3-D IMAX, which amounted to a whopping $33 for the two of us.  Could it have been better?  Yes.  Was it the worst movie I’d ever seen?  Not even close – that honor goes to Russkies (You’ve been warned and I saw it as a free preview!).

The last 3-D movie I saw was Star Wars: Episode I, The Phantom Menace and it was the BEST 3-D I’d ever seen. The picture was bright and I enjoyed the extra dimension throughout.  It wasn’t in IMAX and I’m wondering if my eyes can’t take that size in the 3-D format.  During the previews (when unfortunately the lights were still partially on) I could hardly process the images.  The Avengers trailer looked way too busy.  One nice thing about going on a Thursday night – nobody was there.  Well, almost nobody.  There were less than a dozen people, including one rude individual in front of me who wouldn’t turn off his cell phone (after the featured presentation started) until I yelled rather loudly at him – twice!!  I did use the magic word…


My wife really enjoyed the film and she knows zilch about John Carter.  She laughed hysterically when he was falling down all over the place trying to get used to the lighter gravity.  She thought the romance was done well too; especially that Dejah and John wedded before any consummation.  I liked that aspect as well and we both loved Woola.


I guess I was more indifferent toward the movie.  Not being the die-hard John Carter fan like Jim and Gwen, I wasn’t offended by the changes made to the story.  However, based on my limited knowledge of the source material I can’t understand why they felt they needed to modify so many things.  For one thing I thought the movie was too ambitious.  It tried to cover too much ground, was too long overall with some moments being too abrupt.  I think this all contributed to my “disconnect” with much of the film.  It should have been a sweeping epic like Lawrence of Arabia.  The musical score was certainly trying for that tone, but a lot of the scenes weren’t up to it.  However, I thought the solar system scene with the Ninth Ring discovery was working.


The character designs for the Martians were cool, especially their tusks and the way they locked them together when fighting.  Tars Tarkas seemed a bit wimpy than I was expecting.  Although, Sola seemed true to her character.   I didn’t really like the ornate red tattoos for the people of Helium – how about just making their skin red?  John would’ve looked great if only he had shaved completely!  I liked the actor’s voice though – nice and strong.  Hey, speaking of voices, I’ve been trying to figure out who was playing the lead Thern and I think it was Darth Maul!  The white apes were pretty fierce, but I think John jumped too high and was too strong, making his battles too easy.  He was kind of like the 1930’s Superman.


One think I thought really worked well was the ending [SPOILERS, Naturally].  The scene with him faking his death to kill the Thern that was shadowing his nephew was great.  It evoked the ending of the Time Machine – the 1960’s classic starring Rod Taylor (one of my All-time favorite flicks!) with him going back home to his beloved.  And a further nice touch was adding back in the “of Mars” to the title, which was controversially removed from the “official” title and trailers a few months back (now we know why).  It made perfect sense in the context of the movie, which made me feel like it all ended on a strong note.


Despite the misses, I think the movie is entertaining enough for the general populace.  It certainly doesn’t go off the rails like Super 8 did.  I didn’t feel like picking it apart right afterwards (and I’m primarily bringing it up now because I need a midnight hour post) as I’m prone to do when I really dislike something.  So, my wife and I had a great date night together.


One thing that this movie will likely do that should please both Jim and Gwen – Get people interested in the original novels. It got me to reread the first issue of the Marvel series by Marv Wolfman, Gil Kane, and Dave Crockum yesterday.  It was quite enjoyable and I actually like the expository narration.  We even get a wonderful recap of Princess of Mars in a few pages that helped set me straight on the real story.  The comic did a much better job of setting up things and explaining them then the movie.  Dave Crockum did the character designs for the series and it’s a shame he wasn’t the inker for the entire 28 issue run.  Ruby Nebres is a bit too heavy of an embellisher for my tastes. 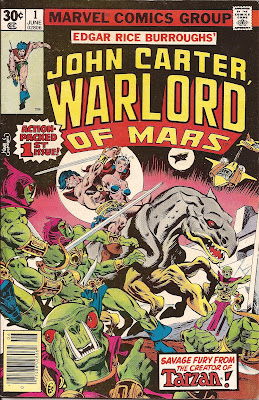 
Oh and Happy Saint Patrick's Day everyone and happy birthday to my 14-year old son, Eric! 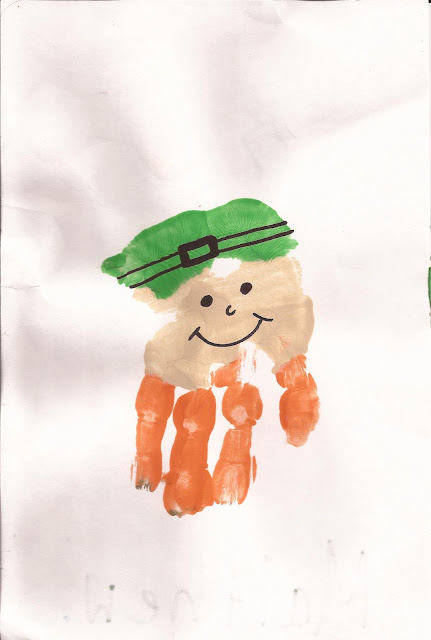 Email ThisBlogThis!Share to TwitterShare to FacebookShare to Pinterest
Labels: Movies