We here at ComicsAnd... have officially declared Sunday a day of rest!  But it doesn't mean we don't have something for your viewing pleasure.

Sunday is now old covers day.  Today I wanted to showcase come classic Charlton covers.  Charlton died many, many years ago but it generated some truly stellar covers. 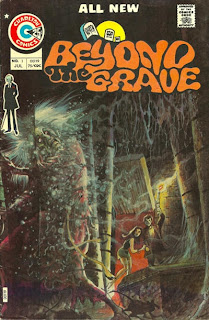 First up... A classic from Tom Sutton.  Sutton did alot of work for Marvel but it was here at Charlton that he really out did himself.  He wasn't paid as well but he was given lots of creative freedom which shows on this cover from the mid 70's.  Perfectly creepy keeping in theme with the title. 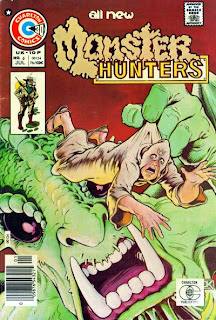 Next up we have some very early Mike Zeck from 1976.  That's right some of his first published work was for Charlton.  You can already see his style is quite defined and it's even easier to see why he went on to become a superstar.

And finally the classics... nothing beat romance covers!  I couldn't choose between Cynthia Doyle Nurse in Love and I Love You.  Cynthia is apparently going to die from a broken heart but as I much as loved that cover it can't top the May-December cheating-on-you-at-the-prom glory of I Love You. 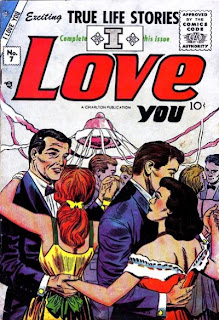 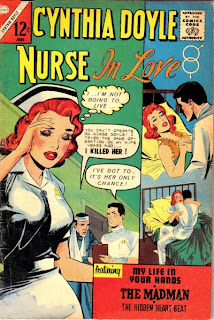