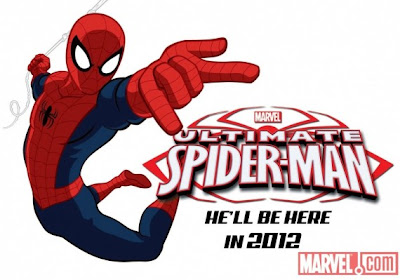 In the not too distant future, Marvel will be putting out their second high profile animated project in Ultimate Spider-Man. Alongside Avengers: Earth’s Mightiest Heroes, it is going to form a block on Disney XD to create a Marvel animation block. It faces a few hurdles out of the gate.

The first, to me, is the looming specter of Batman: The Animated Series. Largely, due to their association with Warner Brothers, DC have had the better of the animated series over the years. Batman, Superman, Teen Titans, Batman: the Brave and the Bold. However, Batman looms large over all them. Not only was it exceptionally well done, but it was iconic. Bruce Timm’s art and Paul Dini’s writing have defined how a lot of those characters are viewed. Forget Harley Quinn, look at Mr. Freeze. This was a character who NO ONE remembered until the Animated Series used him and now he’s firmly in Batman’s second tier of villains. Batman was so successful and so iconic that it has cast a long shadow over other comic book cartoons, even the other DCAU stuff pales in comparison.

Simply put, its hard to capture that kind of a lightning in a bottle and Marvel had never done it. They had some popular fox cartoons in X-Men and Spider-Man in the 90s, but let’s be honest, they’re terrible. You can still go back and watch Batman, you really can’t for Marvel’s stuff.

Marvel have reached a bit of a breakthrough with Avengers though, which compares favorably to the Justice League cartoon. So now they’re taking a stab at an iconic Spider-Man cartoon. Wisely, they’re adapting Ultimate Spider-Man and doing it with a killer creative team, which includes Brian Bendis, Paul Dini, the Man of Action guys (who, in addition to including guys like Joe Kelly and Steven Seagle, were responsible for Ben 10), and even Jeph Loeb.

To make it stand out a bit, they are going with a bit of a meta approach, where the character talks directly to the audience through voice overs and cut aways, and are including bits that are super deformed and cartoony, like the Teen Titans cartoon. The clips that have been released so far that feature these elements seem a bit clunky right now, but I’m willing to be patient with them and wait until I see a full episode. If there’s any character where this COULD work, its Spider-Man. Or Deadpool. But he wouldn’t really work in a children’s cartoon.

The other big hurdle as far as I can tell is the fact that they are going to be a ton of recurring guest stars. A big part of the show will be Spidey training with SHIELD to become a superhero, under the tutelage of Nick Fury and alongside younger versions of Luke Cage, Iron Fist, White Tiger, and Nova. While I’m all for Marvel enhancing their lesser known characters’ exposure, I’m a little worried that this could overwhelm the show. I’m totally fine with this being a recurring element, but that’s a really diverse array of characters and I’m a bit worried they’ll take over the parts of the show that could be devoted to Peter and the rest of his life.

Finally, the look of the show has me split. The style has a clean Mark Bagely meets Ed McGuiness sort of thing going on, but I can’t tell if the show is deliberately stripped down or if the animation quality is kinda crappy. Again, we’ll probably need to see more.

Given the creative talent involved and the success of the Avengers cartoon, I was surprisingly excited about this show, but the initial clips haven’t been super promising. Here’s hoping the finished product is more impressive.

Check out the initial clips for yourself, here.
Posted by Greg at Friday, March 09, 2012