Here’s something new that I’ve wanted to try for quite some time. Aaaahhhh, who am I kidding. I saw another guy do it on his site, thought it was a fantastic idea, and figured to try my hand at it too. 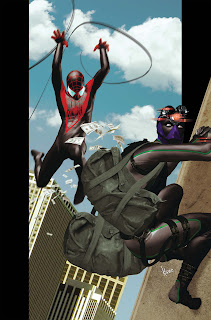 Kaare Andrews is a good artist which makes this disaster such a head scratcher. So, what’s wrong? How about Spider-man’s torso. To start, it’s very elongated. There is a certain amount of distortion to be expected in comics but this looks like he’s Mr. Fantastic. The second part, and this is the most egregious, is the twist on it. The left leg is straight yet Spidey’s mid-section is going in the opposite direction.

This is a FAIL. 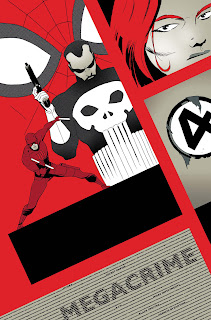 Why this one? It has solid design elements and looks intriguing. This one makes the list because of the swipe. Yep, the Punisher figure is a direct lift of a Frank Miller Punisher illustration. I want to say that it’s from the OHOTMU volume 1 from the 80’s but I’m not positive.

This is a SWIPE. 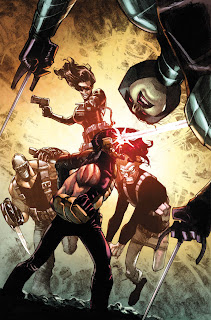 The problem here is just poor layout. The figures are all distorted but that’s Ramos’s style. He’s consistent within his style so it’s all good. But the layout is terrible. Here’s what I see, 3 bad guys are rushing Cyclops. All’s good so far. Cyclops is defending himself by shooting.. to the right? At who? His shadow? But wait! It looks like there is a Wolverine-type variant character about to… jump? Fall? Something or ‘nother on Cyclops! Except, based on perspective it appears that the villain will land about 4 ft in front of Cyclops. Which actually doesn’t matter because he’s not shooting at anyone anyway. Sheesh. What a mess.

This is a FAIL. 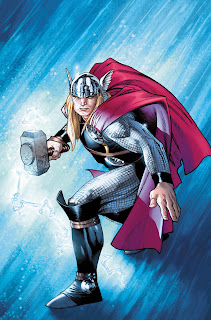 In actuality, there is nothing wrong with this cover. The layout is fine. The anatomy is accurate. So what could wrong with it? This cover commits the sin of being boring. I think this is the 3rd or 4th month in a row in which Copiel has places a stand alone figure of Thor is a pose. It’s always the same. This cover has become a cliché of itself and therefore boring.
This is a FAIL. 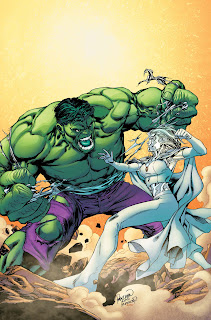 Ok, I lied, not all the covers this month were bad. I liked this one. In a sense, it’s a generic hero vs. hero pose but the fact that it’s White Queen against the Hulk completely sells this. The positioning of WQ is especially strong with the leg forward you can really feel the power that’s about to be delivered to the Hulk.

This is a WINNER!