Wow I haven't done reviews for awhile! School and work keep me way too busy these days and Jim has been nice enough to fill in for me. Even so, I still manage to squeeze in some recreational reading every now and again. 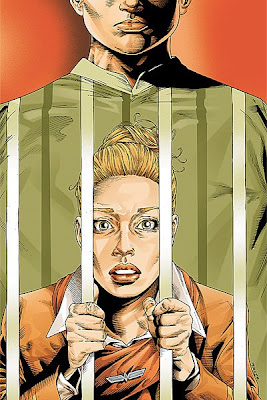 
This is still one of my favorite comic books - it just keeps getting stranger and stranger while still progressing without me feeling lost. The story reminds me of Alice in Wonderland in that way. In some ways Blythe is taking a similar journey to Alice and beginning to find herself along the way. It was nice to find out more about Zayne this issue. I always worry that mysterious characters don't actually have an origin story. Either that or it's so built up by the time you get to it that you end up disappointed. Zayne's story worked fairly well though (even if it was rushed in places). I did like how he had met Blythe earlier than she knew. 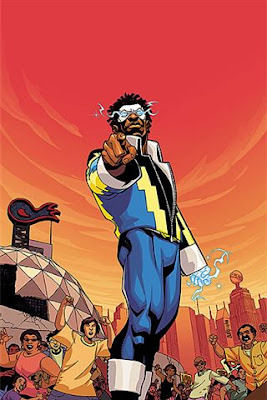 
I had enjoyed this mini series up to this issue. I feel like this last issue didn't keep pace with the rest of the story and was somewhat over rushed. That, and sometimes, when the villain is some sort of mystical incarnation of evil, I think that maybe they need to get destroyed, not just sent to jail. I mean, really. If it was some human evil mastermind I think it would be different, but letting some things live is a bad idea. 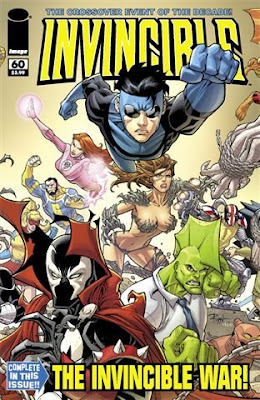 
This issue was way too confusing. Too much going on crammed into one issue. I didn't even see how Eve got hurt. I looked too! I felt like I missed a page. I felt as if it was influenced by Grant Morrison's channel flipping plot mode. Ugh. 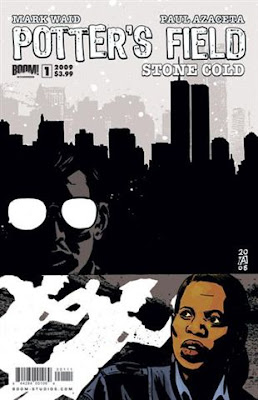 
I really enjoy these John Doe stories. This was an excellent self contained story about police who were stealing from the dead by making them unidentifiable. I really liked John's contact in this story and I hope to see more of her in future stories. Also, Waid certainly knows how to make his reader's curious about John's past. Excellent story with visually dynamic art - I plan on passing this book around to my friends. 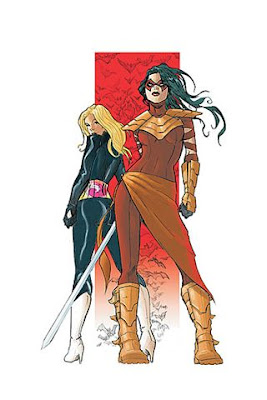 
I can't say that I was too excited by this issue. The plot seems to be sluggish at the moment with way too much time spent on discussing how different Outsiders represented different Batman characteristics. This series still has potential, just a slow issue. 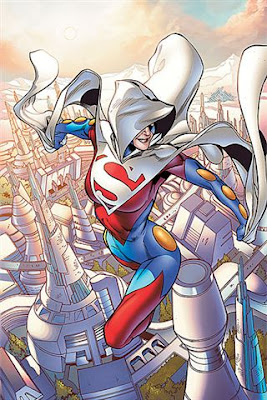 
Ok, so Superwoman's a bad guy... I guess. Eh. I just want Kara to grow a spine and stand up to her Mom. Seriously, I'm going to have a hard time liking Kara until that happens, even after they fixed her back story.


I didn't read too much this week but I can't recommend Air and Potter's Field enough.
Posted by Gwen at Saturday, April 04, 2009