I’m really bad about taking vacations (ask my ex-wife) and I have not taken an entire week off in about two years, maybe more. I went really unplugged as we had no computer and the reception on my wife’s Iphone was poor, so I never even check e-mails. It was a pleasant change of pace. As I was in Captiva, Florida in a beautiful home we rented with a pool, we had the beach, a giant bed, visits for a day each by my two daughters and in-laws it was a blast and perfect weather. Lee, Gwen and Thomm chipped in to keep the blog going daily and I appreciated that they helped out and we had only one true vacation post yesterday.

The funny thing was I only had two trades and they were read by the time I got off the plane on the flight down. The rest of the week was books. For the uninitiated, books are like comics, in that they convey information and tell stories, but they have no pictures, except on the cover of the book. I know, a wild concept, but they exist and where actually the precursors to comics.

What surprised me is how little I missed comic books and I realize that it would be a lot easier to quit comics then I thought. I’m not saying no to all comics, but I think it would be easy to be a more casual consumer of comics as opposed to the fanatical fan I am today. The point it drove home to me is that there are not as many compelling series out there right now and much of what I read is due to habit more then anything else. I’ll be curious to see what the comic landscape looks like by the end of this year, because if I could quit more easily then I thought I have to think others may be more willing to give up the ghost, especially with the 33% jump in price in a down economy. 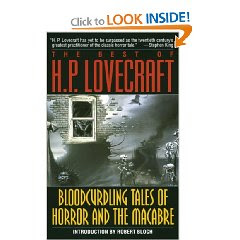 One of the books I was reading is a Best of H. P. Lovecraft. I only read three short stories and the introduction, but I really enjoyed the work and now feel bad that I never got around to reading Lovecraft until last week. It is astonishing how much of his work was recognizable from all of the comics and horror stories I have read over the years. His work has been so influential that it is truly amazing he is not recognized as widely as he should be. The introduction by Robert Bloch was excellent and set Lovecraft in a place and time very well. If like me you have not read Lovecraft than you are missing out.

A second book I read was by Bernard Goldberg called “A 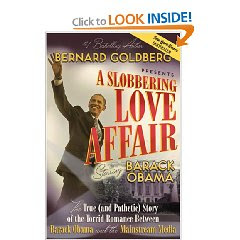 Slobbering Love Affair: The True (And Pathetic) Story of the Torrid Romance Between Barack Obama and the Mainstream Media”. Now as a Ron Paul supporter I had no real horse in the last Presidential Election, but I could see how the media was throwing bouquets at this man. I wanted to see Goldberg’s (a prominent member of CBS news for years) take on it. It is a very quick read and he points out the Barack would have won anyway in his opinion, but how reporters are losing their credibility by being so blatant about their bias. Even if you disagree with a viewpoint it is often worthwhile to see how the other side thinks. I could have done without the chapter where he interviewed Rush Limbaugh as I find people like Rush and Michael Moore (from the left) to be so one-sided as to be unbelievable. It was a very quick and light read and my donation to the vacation home bookshelves. 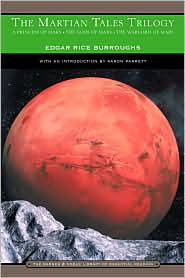 The last book I read, that I have 50 pages left to read is a John Carter of Mars trilogy. This was a re-read of Princess of Mars, Gods of Mars and Warlord of Mars. Princess of Mars by Edgar Rice Burroughs is one of my all time favorite books and is one of Gwen’s favorites also. My in-laws asked why would I re-read a book and then I pointed out how many people watch a movie or a TV show more then once and they stated they did not. So I asked them is there anything they enjoy and do more then once and as they love Disney World I equated it to visiting the same theme park they have seen a bunch of times and that you can always find something new in it. The action and adventure is just great in this book and it a non-stop thrill ride and is often as over the top as any action movie you have seen. I would love to see a definitive adaptation of the first three books by Burroughs and now I have to re-read the first few Tarzan books again. If you have never read Burroughs, pick up Princess of Mars, it is a quick read and you will know if ERB is to your taste or not rather fast.

One last note is that you may remember that Lee likes to give us suggestions for his birthday every year and this year as best as possible Gwen and I made Lee’s dream come true. You can see the post here, where he asks for the escort service. Gwen and I got him the business cards to start his business off. I also got him a great book on Dave Stevens that I also own and needs to be reviewed as it is a wonderful book about a fantastic artist, but this gift was something to share. If you meet Lee ask for his business card. 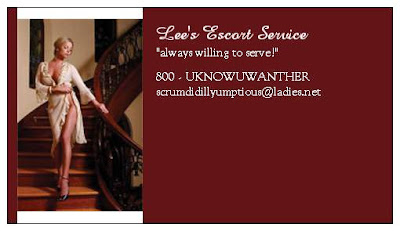 Next week should be more of a normal week and we hope to keep putting up some reviews and commentary and our normal madness. Nice to be back, but I could type this from that house in Captiva just as well if I could just win the lottery.