THE FEARLESS #1 (Of 12)
Written by Matt Fraction, Cullen Bunn & Chris Yost
Penciled by Mark Bagley & Paul Pelletier
Cover by Art Adams
Fear Itself Aftermath! A new twice-monthly series featuring Captain America, the Avengers, and heroes and villains across the entire Marvel Universe! In the wake of Fear Itself, CLASSIFIED. By the acclaimed writing team of Matt Fraction, Cullen Bunn and Chris Yost and the powerhouse art team of Mark Bagley and Paul Pelletier. 32 PGS./ $2.99
Lee: Didn’t Marvel learn anything from DC about bi-weekly books? That doesn’t mean this will be bad, just that it’s really hard to make it successful. If anyone can make it work, it’s this creative team so there is a good chance it will work.
Greg: Well its only 12 issues, so that's more encouraging. Also, they're not telling artists with histories of deadline problems to do 2 books at once. So that should, y'know, help.

INCREDIBLE HULK #1
Written by Jason Aaron
Variant Covers by Neal Adams & Dale Keown
Sketch Variant Cover by Marc Silvestri
Blank Variant Cover also available
Marvel Architect Jason Aaron joins forces with legendary artist Marc Silvestri to CLASSIFIED 32 PGS./Parental Advisory $3.99
Lee: Jason Aaron has written some really, really good stuff outside of his heroes stuff but his Wolverine has been ok. His X stuff has been ok. His Ghost Rider was excellent. If anyone can bring a different vision to the Hulk it’s him, so I am going to give this a chance.
Greg: While his Wolverine stuff has been hit or miss, every other superhero work of Aaron's has been pretty solid, if not as good as Scalped. I think Hulk is a character right up his alley though.
Lee: On a separate note, so not to confuse my “I like this” bit with a problem I do have with this book. Basically, why is this rated Parental Advisory and not even Teen +?? If this is going to be violent enough, and bloody enough based upon Silverstri’s cover then why not make it a max book and let Aaron go to town? Marking this as PA, only guarantees that someone who doesn’t want an extreme version of the Hulk is going to get it, and not be happy ("Like Me" -- Matthew). A Hulk Max could be really interesting, but it needs to be marked, and marketed as such.
Greg: Cause I think a Hulk max book means more than bloody hands. It means skulls on each of the fingers. That and I think it would probably halve their sales of this book.

Pencils & Cover by Humberto Ramos
"Spider-Island" Part Five Now the moment you’ve been dying to see, Tiger! Mary Jane Watson finally spiders-up! Plus a giant battle pitting brother against brother. But let's face it, you just care about that cover! 32 Pgs./ $3.99
Lee: Just when I thought they couldn’t make MJ look any sluttier, Marvel proves me wrong. And no Greg, that isn’t a negative comment.
Greg: 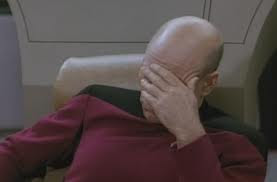 JOHN CARTER of Mars: world of mars #1 (of 5)
Based on the Novel by Edgar Rice Burroughs
Written by Peter David
Art by Luke Ross Cover by Esad Ribic
John Carter: World of Mars is the official prequel to the upcoming Walt Disney Pictures blockbuster film releasing March 2012 and reveals the shocking events that transpire before the hotly anticipated motion picture! Plus it features some of the greatest characters ever conceived by Edgar Rice Burroughs, including Princess Dejah Thoris, the valiant, four-armed Tars Tarkas, John Carter and Burroughs himself!
Dejah Thoris has yet to meet the love of her life, but she has her hands full with the malicious Sab Than, would-be ruler of Zodanga, who sees kidnapping the princess of Mars as a short-cut to winning the thousand year war between his people and her city of Helium. Meanwhile Tars Tarkas is not yet the leader of his people, but instead an unambitious warrior who is caught between the desires of the female he loves and his best friend who needs Tars's help to become Jeddak of the Tharks...assuming that his ambitions don't kill them all. It’s a compelling tale of romance, court intrigue and an unending war on a distant world. Take an unforgettable journey to Barsoom. It’s a trip you can’t afford to miss! 32 Pgs./ $3.99
Lee: And, with a movie coming, Marvel is working on flooding the stands with John Carter material. But, if they continue to put A list creative teams on the books, like Peter David here and Roger Langridge on the other, then I am gonna be buying.
Greg: Mars Forever, Riggins.

BLACK PANTHER: THE MOST DANGEROUS MAN ALIVE #524
Written by David Liss
Pencils & Cover by Francesco Francavilla
Spider-Island Tie-In! First it was American Panther, now it’s…Six-Armed Panther? The arachnid infection griping Manhattan hits T’Challa, but that doesn’t mean he’ll stop trying to protect Hell’s Kitchen! And when Overdrive breaks into the quarantine zone, your friendly neighborhood Spider-Panther swings into a deadly race across the streets of New York City. What has the Spidey villain stolen that’s worth smashing through a hero-protected border, and why is the lethal Lady Bullseye trying to keep him from getting back out? 32 Pgs./ $2.99
Lee: I’m not a huge fan of retro covers because they always seem to do the same 3 or 4, like FF #1, or Cap #100. But, this one totally appeals to me! Maybe because it’s a swipe of ASM #101 which was one of my favourite comics as a kid.
Greg: That is an awesome cover, but holy crap, is that an awesome subtitle! Most dangerous man alive! Damn, I hope that sticks.

AVENGERS 1959 #1 & #2 (Of 5)
Written and Penciled by Howard Chaykin
Cover by Howard Chaykin
Exploding From The Pages Of New Avengers…
It’s the tail end of the fabulous fifties. Nick Fury and his Avengers roar into their secret mission, hunting down Nazi Super Villains…men and women relentlessly preparing to unleash hell on a troubled world barely holding onto peace…only to find the Avengers have what appears to be serious competition in their manhunt for these escaped ubermenschen…when their mission is suddenly compromised by interference from an unlikely source. 32 Pgs. (each)/ $2.99 (each)
Lee: You always know that a cover makes a huge amount of difference for sales. In this case there is the good cover, which I picked, which looks interesting. Then there is the other cover which has Sabertooth(?), Kraven, and Dominic Fortune on it. Ick, that cast leaves me cold. Then again, the second cover never really had a chance against zombie chicks in leather bustiers.
Greg: Wasn't a bad story in Avengers, but I'm not sure if I needed more of this...

LEGION OF MONSTERS #1 (Of 4)
Written by Dennis Hopeless
Art & Cover by Juan Doe
Elsa Bloodstone hates monsters – and when the trail of a mysterious serial killer leads to their underground city, Elsa’s ready to kick some horrific butt. Morbius the Living Vampire, Werewolf by Night, the Living Mummy and the slithery Manphibian have news for her, though; the monsters are innocent, and the real killer is out there…a creature so terrifying and vicious that even monsters are scared to death! Elsa Bloodstone and the Legion of Monsters are on the case! 32 PGS./ $3.99
Lee: I love the Legion of Monsters! It is such a goofy Bronze age idea that it only gets better with age. Rememder did a great job with them during his FrankenCastle run so I’m hoping that Hopeless can capture some of the same magic. No matter what I love Doe’s art so I’ll be getting this.
Greg: Well, you've got to give Marvel credit, they're certainly trying to make this concept work in the modern age.
More tomorrow...
Posted by Lee at Wednesday, August 17, 2011