I haven't talked about online comics in quite awhile so I thought I'd revisit a few I've discussed before an touch on one that I haven't reviewed previously.


So anyone who's read this blog for awhile will have seen me reference both Gina Biggs and Sarah Ellerton's work. Gina's work has been going strong over at Red String (although she's currently on maternity leave). 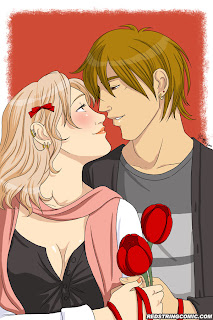 Red String is one of my all time favorite online comics. It's everything that mainstream comics aren't - progressive with it's characters and story lines. Gina's managed to break all sorts of comic and story barriers that most series writers avoid. She's ended her main character's relationship and started her on a new one. She's had character's lives radically altered and addressed issues like same-sex relationships and suicide. She frequently allows her supporting cast to step into the spotlight giving you the sense that even her background characters have been fully fleshed out. The most amazing thing about Gina's work is how real her characters become to the reader over the course of her stories. On top of her phenomenal character and plot work Gina's artwork has only become more gorgeous over time. Most recently I've been impressed with Red String in addressing how Miharu, the main character, moves on from a relationship that seemed almost destined to realizing how to move on with her life. Miharu's struggles are easy to relate too and it's easy for the reader to find themselves rooting for her to pull through. If you haven't given Red String a try I highly recommend it. 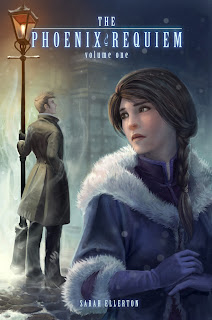 As for Sarah Ellerton - sadly it's a bit harder to follow her at the moment. The Phoenix Requiem ended a while back and while Sarah still updates her fans she doesn't have a new book around at this time - at least not as a sole project. Still, I always respect a book that has a well thought out plot with a beginning, middle and end. I enjoyed her previous book, Inverloch and the ending to Phoenix Requiem didn't disappoint. One thing I really enjoy about Sarah's work is her experimentation with her art - during the course of Phoenix Requiem she went from cell shading to more of a digital painting style. As a creator she seems to work hard to make her art and story work together. Her work is worth a look - and as both Inverloch and The Phoenix Requiem are completed stories there won't be any waiting to see what happens.


A completely different type of online comic is up next: Candi by Starline Hodge. This is more of an online strip. Now I've commented several times that I'm not a fan of comic strips (outside of Bloom County and Calvin&Hobbes) but Candi appeals to me because it's a story of college life in Florida. The writer graduated form a Florida university herself so she knows what she's writing about. As I went to college in Florida myself I find it to be a fun strip. It's a light and relaxing read while still carrying an ongoing storyline and (mostly) likable characters. Not as involving as something like Sluggy Freelance - but fun to read nonetheless. I'm not posting an image as I can't find one that has either the website or the creator listed on the art so you'll just have to check out the link!
Posted by Gwen at Tuesday, September 06, 2011