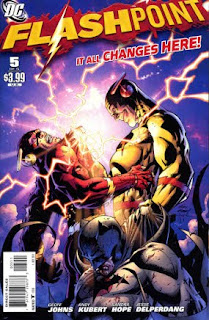 Ok, as far as big reveals this was kind of sad. I mean, the only thing I really enjoyed about this was that Batman got a letter from his Dad which was kind of sweet. Also that Batman told Barry he would have tried to do the same thing if he had the power to change the past - mostly because we all know that's exactly what Batman would do. But I've read Flash for a long time and Barry's mother's death was never something that seemed central to the character. I mean sure, for Batman it's the whole reason for the man he is today - his parents death being so catastrophic that it shaped the whole course of his life. But I never got that from Barry so I guess we're supposed to buy the whole "I found out the Reverse Flash killed my mom" being traumatizing enough that Flash is willing to alter the whole timeline to got back and save her. Thomas Wayne Batman killing Reverse Flash was the highpoint of this book. 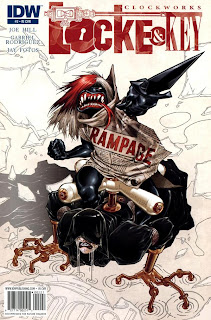 I love this book - consistently. This was a good break in Tyler's character as he got temporarily foisted with his sisters tears and fears since they escaped from the bottle she had locked them away in. At least she has them back in her head now because I felt the time had come where her being fearless and without despair had hit it's end point. I'm curious to see what happens to Boyd now as obviously the Omega key is no longer safely hidden away. This story always keeps me interested. 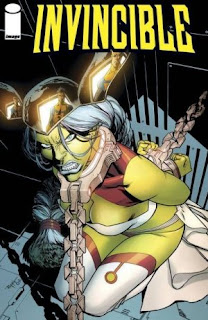 It's interesting to see Mark approaching the whole hero business from a different direction but I continue to be annoyed with what Kirkman has done to Atom-Eve. I just feel like she is a much stronger character than she is now portrayed as. The idea of her being overcome by depression and apathy and not having any will to fight back until her boyfriend returns is ridiculous. I keep hoping this book will get better again. 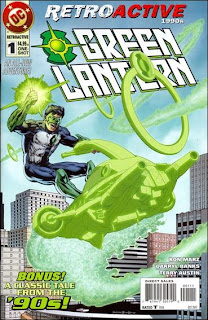 I guess these retroactive books are kind of fun - but I just miss Kyle being the main Green Lantern. I mean, he was so much easier to relate too as a character and now he's out in space and doesn't seem to have much of a character outside the mask. This book reminded me of just how much I'm missing. I mean, Kyle is never out of the uniform any more and it's like he's left his whole life behind him to be nothing except a space cop. 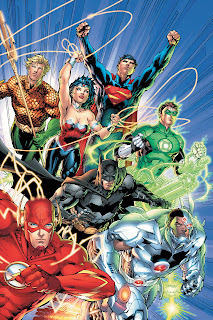 Not impressed at all. The dialog was awful. I mean not that Hal hasn't been portrayed as a total jek in the past but if this is our main GL now I may not care to follow GL at all. Batman is, well, Batman. But he talks a lot more that I've ever remembered Bruce talking. I mean just try to read the dialog out loud - it doesn't work. Reminds me of the terrible teenage dialog in some of the Ultimate Spiderman books - but it was more believable for teenagers to talk like that. Ugh. The only interesting parts of this book were about Vic.
Posted by Gwen at Tuesday, September 13, 2011