This past weekend in addition to watching the thrilling Baltimore Grand Prix on TV (mainly because I was fantasizing about going that fast on the city streets), I also updated my pull list for my local comic shop. With all the new titles coming out, I have to say it was brutally hard, but I finally finished it and I hope I made some wise choices. Only time will tell. 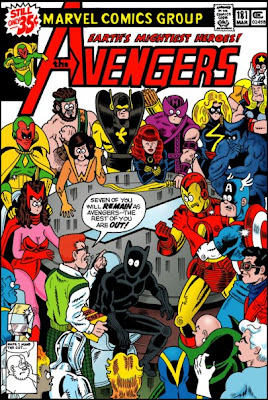 Okay comics, management has secured our monthly funding expenditures at a generous $100. That’s GOOD news, considering we were all operating on reserve savings this time last year. Unfortunately, as you know this money is designated for both comics AND toys. And with the new DC and Marvel LEGOS coming out soon, I’m establishing a mandatory cap of $80 a month for comics. Be thankful. I wanted to make it $60, but you guys are just too dog-gone entertaining these days.

Now, I realize that some of you have been on the pull list for awhile, but that’s no security that you’ll make the final cut on the new list. However, all of you have a shot, whether you’re a veteran or an untested rookie. You wouldn’t even be here, if you didn’t. If more resources were available, you all would be selected. The order I call on you will primarily be ranked based on your past/potential performance, but don’t pay too much attention to your number, as some would surely be tied, if those were allowed. Our target is going to be 20 to 25 books TOTAL per month. Let’s begin.

1. The first to be chosen is the excellent series from BOOM! Studios: Planet of the Apes. Congratulations! (issue price $4, sub-total [$4])

3. Number three – Life with Archie: The Married Life. You’ve performed wonderfully over the past year. However, I’m a little concerned about your jump in price, considering the lower paper quality and the loss of the Lil’ Jinx feature. Still you provide two comics in one publication. ($5 [$13])

4. Now, we come to the Tom DeFalco/Ron Frenz book. This traditionally went to Spider-Girl and then to Thunderstrike. But the only thing they’re doing together right now is Jughead Digest #175, 176, and 177. So, it’s a mini-series of sorts. Hopefully, they’ll get a monthly title again soon. Guys, I’ll always make a place on the roster for you two. ($4 [$17])

5. Number five goes to the surprise hit of the year, IDW’s Godzilla: Gangsters and Goliaths. I know you’re retiring soon, but I’ve already found a suitable replacement. BOOM! Studios’ Betrayal of the Planet of the Apes. It looks like it’ll be a smooth transition with no overlap. ($4 [$21])

6. The other top book at Marvel right now is number six: Captain America and Bucky. Wonderful series and only three dollars too! ($3 [$24])

7. Keeping on the Captain America theme, I’ll go with Cap’s number one fiend: Red Skull: Incarnate. A very moving story by Greg Pak with some terrific artwork too. It’s ending in a couple of months, so I’ll be looking for a replacement soon. ($3 [$27])

9. Next up is the brooding albino from Melnibone and champion eternal, Elric: The Balance Lost. Your standing increased even more since I personally met Chris Roberson. ($4 [$35]).

10. Rounding out the top ten is John Byrne’s Next Men. In the last nine issues, you’ve been terrific. And even though you’re going on hiatus for a little while, John Byrne’s Cold War will back you up in the interim. If you both start to be published at the same time, we might have a problem. ($4 [$39]).

11. The new book I’m most excited about has got to be Dark Shadows by Dynamite. Welcome back, Barnabas! It helps that I’ve watched over 115 episodes of the show this summer. ($4 [$43]) 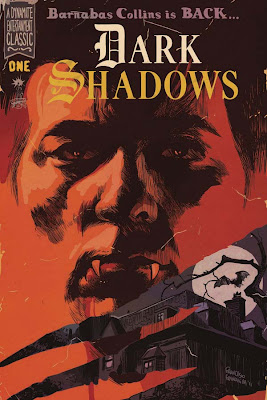 13. Thirteen maybe an unlucky number for some, but I’ve got to say I’ve totally been surprised by how much I’ve enjoyed IDW’s Godzilla: Kingdom of Monsters. The satirical look at the world’s culture has really grown on me. Although, I’m concerned that Eric Powell wasn’t listed as writer on the November solicitations. ($4 [$51])

14. Batman: Brave and the Bold, you’re number fourteen! Every issue has had the same creative team so far and the stories are great. You’re starting to get a little old for a “kiddie” title, so be careful. You know how “the powers that be” don’t think kids can count above a certain number (usually 60), that and your companion show is no longer on the air. I fear your days are numbered. ($3 [$54])

15. Like the preceding title, DC’s animated “adventures” line has been very good over the years, so I’m going to gamble on a rookie, Green Lantern: The animated series. ($3 [$57])

It’s getting harder and harder, folks.

16. FF your days are numbered! You’re only a placeholder until Fantastic Four #600 comes out and then you’re history. Honestly, I can’t believe you’ll even still be around afterwards. You’ve been on thin ice for awhile now, but I just can’t miss a milestone like #600. Too bad that particular issue will cost eight bucks. ($3 [$60])

17. The first DCNu title to join the roster is none other than Scott Synder’s Swamp Thing! I’m sure Scott’s Batman title will be good too, but I haven’t followed Batman in years and you know they can’t keep the other Bat titles from intermingling for long. Swampie’s been a favorite of mine for decades, but I had to abandon him when he developed Vertigo. ($3 [$63])

18. With unlimited funds, you’d be an easy pick. Sorry, to make you wait for so long, but step forward: John Carter: Princess of Mars. With Roger Langridge writing you and coming under the banner of an All-Ages book, I know Dejah Thoris will never look better…with clothes! (Forget Manfred Mann, this Mann was blinded by the headlights in Dynamite’s version.) I know there will be a beautiful hardcover eventually, but sometimes I just want a good monthly too. I really wanted to pick up the Peter David/Luke Ross version, but I know it’ll be collected in an inexpensive trade right about the time the movie comes out. ($3 [$66]).

19. I’m only giving you two months to prove yourself Austin, but Dynamite’s Bionic Man has made the team…for now. If I get stuck with a second printing of issue one, consider yourself terminated. ($4 [$70])

To quote Doctor Smith from Lost in Space, “Oh, the pain, the pain.”

20. What? You mean I haven’t picked you yet? I’m glad I realized my mistake. Captain America Corps report for duty! You may be a short timer, but I sure have enjoyed reading a Roger Stern book again and the covers and art have been stupendous. ($3 [$73]) I think I may replace you with Chris Roberson’s Star Trek/Legion of Super-heroes title. It’s a dollar more per month, but it starts in November after you finish your tour. ($4 [$74])

21. The Incredible Hulk. I’m giving you a chance because you’re one of my all time favorite characters and I’ve heard great things about Jason Aaron’s writing and now that I’ve met him in person, I really want to read some of his stuff that doesn’t use too many four-letter words. Even though I’m not sold on the premise of Banner being the antagonist. ($3 [$77])

I’m going to go reach the limit with this last one, such a difficult choice…

22. Superman. I know your costume is dumb looking, but I really love Perez’ art. And I desperately want to read a Superman book again. ($3 [$80])

Oh, Peter. Don’t cry. It’s not because of Spider Island, really it’s not. I’ve been enjoying it much more than I thought I would. I even like Carlie now. It’s just that with two books a month, you take up a huge chunk of my budget. I know I’ve been following you since Big Time, but we both knew it couldn’t last forever. Believe me I understand what it’s like to not be picked for the team. I’m sorry… 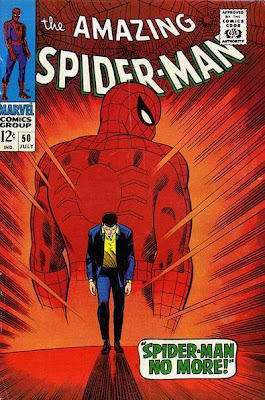 Of course, I had to turn away many, many good candidates and I left no room for impulse purchases. Here’s the group that didn’t make the cut:

If only I had some “sugar daddy” that would mail me hand me downs from Florida, I could read some of these titles some day. I guess I’ll just have to live vicariously through others. Looks like the DCNu didn’t do too well either. Although, I’ve got several mini-series that will be freeing up some spaces soon…so who knows. And if Spidey ever gets canned, I can always read him at the library at least. (Don't tell Peter, but he's still on the fence...)

Counting the Cost is TOUGH, but it’s very revealing too.
Posted by Matthew at Saturday, September 10, 2011