Well, Christmas has come and gone.  I hope y'all had a very Merry one.  Now it's on to New Years!  Yahoooo.  But I am not quite done with Christmas.  Just to prove to everyone that Christmas wasn't coopted by evil corporations in the last decade, I give to you Christmas comic book advertising from years gone by. 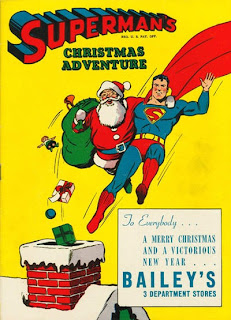 Superman's Christmas Adventure, 1940
It really shouldn't be a surprise that Superman tops the list of Christmas shilling.  Heck, Supes has been a marketing slut for decades... this is just an early appearance.

And, yes there's more below the break and many don't even have a superhero on them. 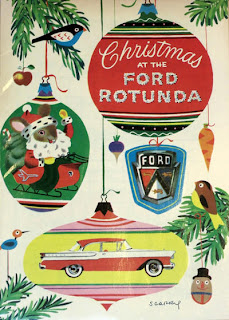 Christmas at the Ford Rotunda 1, 1956
I guess it should come as no surprise that cars and Christmas go together like.. like.. well like something.  But why did they issue comic books? 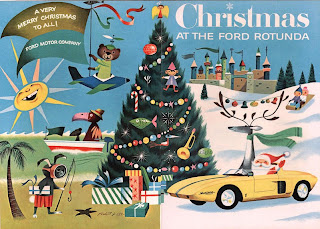 Christmas at the Ford Rotunda 2, 1961
Apparently it was such a successt aht they did it again!  Go figure.  Now I really, really want to know what's on the inside. 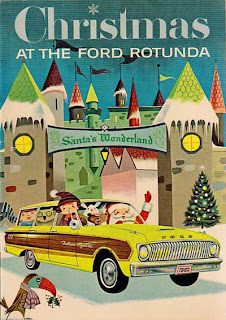 Christmas at the Ford Rotunda 3, 1961
OOOhhhhh a variant cover in the 60's.  Proving once again that there are no new marketing ideas. 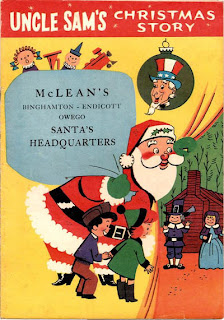 Uncle Sam's Christmas Story, 1958
And the ultimate in marketing... stamp your logo on the cover of the comic book.  Sheesh.

That's all for this week, next Sunday we're back to non-holiday related covers.  I swear.
Posted by Lee at Sunday, December 30, 2012