The Party is Over or The Corporate Comic Book Game 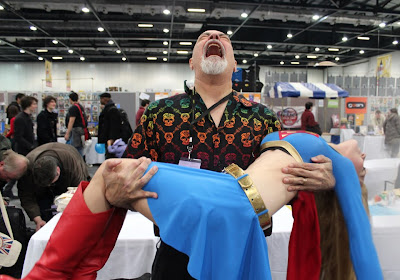 The George Perez announcement was amazing. It is not that George has never before left  the big two to do his own thing before, but what George was saying is what made it such a watershed moment.  A quote from the CBR article from Geogre confirms what I knew “Well, while I have enjoyed considerable professional and personal success with both Marvel and DC, it was becoming all too evident that many of the books being produced by both companies seem to be getting more and more corporate driven. Many of the characters I grew up with were turning into strangers whose adventures were determined by factors that had less and less to do with what made a good comic story and more to do with how these properties can be exploited for other purposes. There's nothing wrong with that, I guess, but not something that I felt was particularly satisfying for me as a storyteller.”
At this point we are seeing more and more evidence how things are rapidly changing at Marvel and DC. The evidence is from Jerry Ordway’s lament over lack of consistent work, to Matt Fraction doing work at Image and Greg Rucka walking away from the big two. Add to that Brubaker saying farewell to Marvel and not going back to DC. It is also young and old creators walking away from DC (Fialkov and Robinson).  You have JMS opening up Joe’s Comics again, Jason Aaron doing work at Image and Mark Millar walking away from Icon imprint. The handwriting is not just on the wall it is scrawled across the sky in lights. 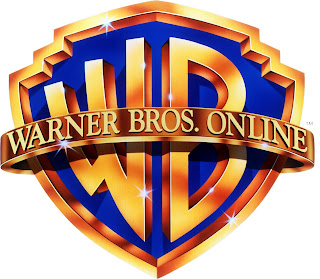 The big two are changing the way they do business. More and more the direction of the books, what types of books are getting approved and how things are done are being driven by a corporation. Now the EIC of th
ese companies often played dictator and decided what to do and what not to do, but an individual is very different from a corporation, regardless of what our laws tell you. A corporation makes decisions via committee and is ruled by numbers, it is a soulless entity. We are seeing evidence that comic writers are really just scripting the individual issues. An overall storyline is decided upon and the writer job is to make that idea play out over “x” number of issues. He nay have some latitude in what happens between point A and point B, but point B will be reached. And oh by the way the editor or above may change there mind as you are doing it and or need to have you make a hard detour to handle some marketing stunt they failed to mention or just came up with. Or the company had purchased an asset (Angela) and we will now shoe horn that bit into your storyline to serve our need to use this asset.

Now the corporate comic has it plus side to it as well as it’s down side. The plus is that the direction is not set by the writer. Therefore if you like the overall plot of the story it no longer matters as much who is writing the script. When you enjoy Game of Thrones or Breaking Bad, you are not as concerned with who is writing the script. The overall story has already been laid out in some level of detail. Many corporate comics are moving to that model. The problem is that comics have developed a star system. I have learned that the writer/artist/character combination is important, now I’m being told it is not a company concern.
DC especially is pushing hard to eliminate the star system. The star is the character. The attraction is the story itself, who writes the actual script for the artist to then execute against is not as important. The comic book “press” and all of the fans are still locked into the old system. Sure there are exceptions to the rule, with Snyder and Johns being the DC exceptions, but otherwise whether it is Ales Kot writing Suicide Squad or Matt Kindt, it doesn’t matter as it is a storyline and story beats that are already set up by editorial or some joint brain trust (which is said with all possible sarcasm). This is a radical break from how I have come to perceive what I want to follow, as Mike Grell’s singular vision for Green Arrow was something I enjoyed and now it is more about plug and play. Whether this is a good thing or a bad thing is up to us to judge. For me I find that I’m now down to just Batman and Detective, Superman Unchained, Wonder Woman and a few other books. The plug and play does not work for me. I’m enjoying Charles Soule’s take on Swamp Thing and Azzarello’s take on Wonder Woman. If DC decides that WW needs to line up more with the stupid Superman and Wonder Woman “supermance” and a writer like Lobdell is assigned to take it over, I will leave the book. It is my choice, but it has to be recognized that the Levitz/Berger era is gone and the corporate comic ideal is in place under the insane hands of Didio/Harras with the Jim Lee’s house art style prevailing on most books.

Marvel is the same animal at this time as the velvet glove of Disney is slowing coming down. A big difference is the men at the helm there are Joe Queseda and Alex Alonso. Alonso came from DC when story was king. He is smart enough to realize he has to serve his corporate masters but allows more freedom to his writers. The constant creator summits are where they say it needs to be a company wide event and it may need to feature the Inhumans who are perhaps in development for a movie. But it seems like the writers are allowed to pitch in ideas and they adopt different themes and develop the multiple spin offs and allow their writers to be still be stars. It also seems that Marvel is more willing to try out some more singular visions like Hawkeye and Fury Max. Still be aware that they are still feeding the beast with multiple events over lapping each other to the point of absurdity. Avengers vs. X-Men, Children of the Atom, Infinity, Age of Ultron are all within 12 months of each other I believe. There is no continuity anymore as evidence by Wolverine who has to be involved in more groups then any character in history. Captain is no longer a person, but just a character to be used in multiple books.
Each company is now more of a slave to the corporate vision then ever before. Make no mistake that the interest of Disney and Warner Brothers is no longer in the actual comic book per say; it is in the ownership and exploitation of the characters. The level of control that each company imposes may be different, but the people tasked with running the comic book side of things have to deliver results.
DC seems to have adapted the model that the editorial side is the boss of all things. For the most part they will set the story direction and maybe ask for ideas from the writers, but they are running the show. You have the assignment as long as we ask you for the next issue of the script. In my view if DC could get away with it they would strip the creator names off the books altogether again. The old star system is rapidly fading away. The problem is that in the pay structure and compensation is a lot different then what comic book writers get. In my view if you want to go with this direction the writers need to be made full time employees or however it works, more like the pay structure of script writers. It feels like DC wants to have their cake and eat it to. 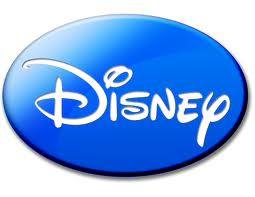 Marvel is serving Disney more and more and I expect to see more of a push for Marvel to become more like a DC type of thing. I believe that Alonso is going to stem the tide as much as possible. I think he understands that you can do the big events and still keep creators as stars. He also, in my view, understands that the writers have to be more involved in plotting out the books and contributing to the story telling. When I was manager I learned that the more you let an employee have input into their job the more ownership they have in the process and normally it is a better quality job.
All of this has led to the huge resurgence in creator owned comic books. Many of the writers I’m sure are poor fits for a corporate world and the advent of the internet means that you have access to a wide audience without the need for a Marvel or DC at your back. Image has enough of a name to garner you that exposure and they are a company founded by creators. Therefore Image is willing to step back and just operate as more of a publisher without getting involved in any ownership. Then you have IDW, BOOM and Dark Horse that act as publisher and/or agent to market your product perhaps for a cut of the pie. I of course have no true knowledge of how things are structured, but believe that creators have more options then ever in trying to promote their own work and maintain ownership of it.


Of course my entire commentary is conjecture, but at least from a long time observer of comic book industry, a fair historian, an ex-retailer and as a person who has worked for major corporations, it is at least a SWAG as opposed to a WAG.