The Over Done Batman 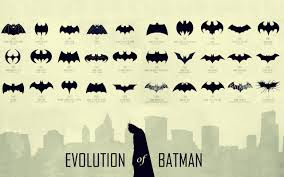 Like a steak that has been grilled way too long the new DCU Batman is already a dried out burnt piece of meat with all the taste already cooked out it.
I’ve come to this conclusion as we are now two years into the new DCU and the amount of things that a fan has seen makes you wonder what is left to have happened to the characterIn no particular order:

1)  Damian, his son (ten years old) has been killed.
2)  His girl friend (see Dark Knight) has been killed.
3)  Batgirl was shot and paralyzed by the Joker (she got better).
4)  Jason Todd was killed by the Joker (he got better).
5)  Dick Grayson served as Batman while Bruce was dead for a little bit.
6)  The entire Bat family had a hissy fit over Joker stuff and now are not talking to him.
7)  His brother may or may not be a Court of Owls assassin.
8)  The Court of Owls is all over the place and he never knew it.
9)  He is running around with the Justice League.
10)  Tim Drake was or was not Robin.
11)  Batman only started five years ago.
12)  He has fought and defeated Ras as Ghul apparently.


And now we have the news that during Forever Evil Nightwing will be changed in some shape form or fashion. I imagine it will be some form of brutalization that will either maim him or something else relatively horrible.
It just points out that instead of telling us stories about the characters they are relying on way too many tragic events. Tragedy shaped Bruce Wayne, but now it defines his every waking moment. Gone are the days when he fought a criminal and won the day, now they are more like epic stories being told at every turn. With the squishy continuity that is the new norm at DC it is just impossible for me to feel like this Bruce Wayne is anything like the one I knew. DC’s obsession with making there characters younger plays to the 18-34 demographic that is the heart and soul of their marketing target. I understand the need for them to do that and even know they will not just let the next generation take over the mantle of the heroes (of course the new Green Arrow (Connor), Flash (Wally), Green Lantern (Kyle) and Dick as Batman was a better idea). Yet they want to try and have a legacy at the same time they want this to be a fresh start and that is where the new DCU has gotten it horribly wrong. Batman can’t be 28 years old with this much history. Either it is a new world order or it is not. Instead DC is trying to have it both ways. They want a deep rich history and they want him to be young. Every writer wants to have the tragic stamp put on him so we get body blow after body blow against the character. It is all too much and makes me feel like Batman is over done.
I’m sure Tomasi does not have time to reference the loss in Dark Knight, hell he has been busy catching up to the Damian is dead thing since his book is Batman and Robin. That series has been relegated to third tier status. Dark Knight is like an alternative world Batman as he operates totally differently then he does in any other book (and I have now dropped that title). Detective seems to be mired in being slaved to whatever Snyder is doing in Batman, now that Layman has 11 months with Snyder doing retro-conning maybe that book gets better.


I have dropped all the ancillary Bat books and now dropped Dark Knight, I may bring it down to just Batman and Detective soon, Too much of a Bat I don’t even recognize at times.
Posted by Jim at Monday, July 01, 2013