A Second Life for My So-Called Life? 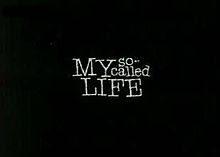 I must have watched the last 4-minute scene half-a-dozen times since we finished the final episode (#19) last Sunday night. In trying to defend his actions of helping Jordan Catalano compose a love letter to Angela Chase (to apologize for sleeping with her best friend, Rayanne Graff, one drunken night), a flustered Brian Krakow accidentally admits that HE meant every word of it. Angela is nearly struck dumb as it starts to sink in that “the boy next door” who she constantly argues with, occasionally used, and who was always annoyingly looking out for her in an awkward and socially inept way is in love with her. Not just a puppy-dog crush love, but a deep thoughtful unrequited romance, self-sacrificing time and again, just to try to make her happy at the expense of his own desires, enduring her verbal barrages and abuse. She had pretended that she knew it all along, when her gay friend Rickie Vasquez told her the truth about the letter’s authorship, but she didn’t really believe it. Angela’s response is soft and tender as she begins to see him in a new light, even while he’s quickly trying to cover-up his confession. The culmination of the entire season between these two is finally here, when Jordan walks up to drive Angela away for a night out. She had just forgiven Jordan and gotten back together with him after reading Brian’s letter. To add insult to injury, Jordan doesn’t even know Brian’s real name, even though Brian tutors him in remedial reading, calling him “Brain” instead. The two drive off, but Angela can’t keep her eyes off Brian, as he’s left alone in the street astride his bicycle.

Thus ends not just the first season, but the entire series of ABC’s My So-Called Life, which originally aired briefly in 1994 and 1995. My wife and I along with our two oldest children (girl age 14 and boy age 13) only started watching it a few weeks ago on Netflix through the PS3, as I had completely missed it the first time around, even though I had heard about it. I have to say unequivocally that it is one of the BEST TV series I’ve EVER seen, which is why I’m sharing my thoughts on it with you this week. It may not be based on a comic book, but it has fully developed characters, facing real-life circumstances. These characters seem so alive, that my wife and I start talking about an episode like we actually know these people! 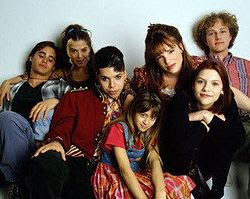 You may be thinking, “Boy, Matthew sure is channeling his inner teen-age girl this week. C’mon, that sounds like a total Chick show.” Oh, but you’d be wrong dear reader. There’s much more to this series than just Angela’s love life. We also have her 40-something parents coming to terms with middle-age woes (I can relate) and a stale marriage (I CANNOT relate). There’s Rickie’s struggles and Rayanne’s battle with drug and alcohol addiction. We have Jordan, the guy with the untapped potential, who needs encouragement, and Angela’s friend, Sharon Cherski, who learns the ups and downs of being sexually active too early (Thomm, you’ll love it -- a lot of frank talk about sex). I may not agree with all of the characters’ motivations and actions, but you can’t help but like them. Sure it’s soap-opera-ish, but it’s never cheesy or cheap. It’s like experiencing high school again, tapping into those long-lost emotions, but realizing the joy that you’ve moved on from that part of your life.

I totally identify with Brian Krakow. I spent a lot of time on the sidelines liking girls that never wanted to think of me as more than just a friend (even my wife responded that way when I first revealed my feelings to her). So, I’m sure I would’ve enjoyed the show 16 years ago. However, being a 41 year-old parent of teen-agers and soon to be teen-agers, I now totally identify with the parental issues too.

Maybe you’re not convinced. Perhaps, I have some sort of sappy syndrome, which makes me drawn to the latest issue of New York Five on the stands. Really, I think it comes down to relationships. Our whole lives are revolved around relationships, and sometimes I want to see the characters I’m either reading or watching have “real” relationships. 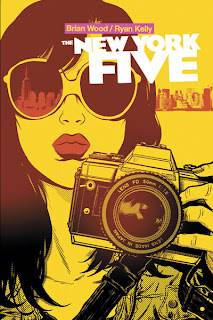 The downside of this series is its abrupt ending. No matter how well scripted and acted the final scene is there are a TON of unresolved plot threads! Having the show unfinished is like someone caught down in their prime (like James Dean), forever young, but at least you don’t have to worry about them going down hill (like Elvis or Dawson’s Creek after Season Two or Three). I would love to see Brian (wouldn’t that be ironic) Wood tackle a comic-book version of MSCL: Season Two! It could be just the right time for this show to have a second life, with episodes now available for a pittance on-line. So much time has passed too, that we could actually have a MSCL reunion movie to celebrate their 15th year of graduating high school (Sophomore’s in 1995 would mean Senior’s in 1997 and 2012 would be anniversary time). After a quick wiki check, apparently everybody’s still living – if only Claire Daines would agree to do it. Until then I’m going to have settle for reading some of the FAN FICTION to get my fix… between episodes of Dark Shadows of course!

I love the theme song too! It's totally gotten stuck into my head.
Posted by Matthew at Saturday, June 11, 2011