Face it folks, despite Jim’s multiple (Has he gotten to 52 yet?) diatribes about the impending DCNu, he is just the sort of customer TBTB want (at least in the short-term). I’ll make my case below (as I poke some light-hearted fun at our beloved blog boss).

1. He’s a “dyed-in-the-wool” DC fan.
No matter how often he complains, he ALWAYS comes back (or rather he never really goes away completely). Reminds me of the lyrics from Hotel California – “You can check out any time you like, but you can never leave”. 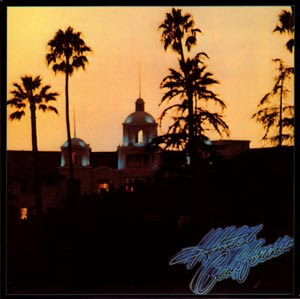 2. He’s highly likely to buy almost every new title (at least the first issue).
In these days of everyone seeking a quick return, DC is bound to get an initial bump in sales. If more readers were like Jim, they could almost guarantee a quarterly profit by the end of the year.

3. He has an iPad.
It means that even if he bails on some of the floppies, he has the high potential of trying out the digital issues. That would likely bode poorly for local establishments. However, the real concern is would he still be able to send his digital copies to Lee and Gwen, once he’s done with them?

4. He’s quick to adapt to change, if the story is worthwhile.
No matter how bizarre the concept, if the story is done well, he’ll eat it up – regardless of his previous impending doom proclamations. Just look at his reaction to the Flashpoint tie-ins. 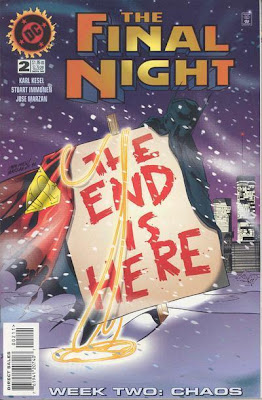 5. He still likes a lot of the creators involved in the new titles.
The potential is there (like Shawn said earlier) that Jim will absolutely LOVE these new stories and he’ll be the first to say so! Plus, when you get to know the creators more (through interviews), it’s hard to not give them the benefit of the doubt.

6. He can’t stop talking about it!
In this business buzz is buzz, even if it’s negative. Some of us may think the DCNu is a questionable idea, but we’re ALL curious at least to see what it’s going to be like and Jim is fanning the flame!

Okay, now on the flip side, we’ll see why DCnu Hates Me!

A. I’m no longer loyal to any company.
I’ve been burned enough over the years (renumbering, pocket universes, sliding time-scale, character assignation [You know what I’m talking about here!], etc.). And if I had been following a lot more DC titles than just Booster Gold lately, I’d be really ticked-off to know my beloved universe was going away. Of course, the fact that it’s not really beloved to me is a valid reason to try something else.

B. I have a very limited amount of funds for comics.
In some ways, especially since Infinite Crisis and One Year Later, which was essentially the end of the post-Crisis DCU, I would prefer a hard reboot. But, even if we had a brand-new start, it’s not 1986 anymore (when comics were around 75 cents) and I would only be able to afford a handful of titles anyway, not most of the line.

C. I hate reading comics on the computer and certainly have no portable devices that would facilitate the effort.
I got a free one-month subscription to Marvel Digital, thanks to a Thor Diet Dr. Pepper can and I only read less than half-dozen comics. My screen is just not big enough and I’m in front of a computer enough at work and at home already!

D. It’s not impossible for me to adapt, but it’s usually a slow process.
Look how long I was on the Amazing Spider-Man BAN-wagon – 5 years or so! I’ve always loved Firestorm and I followed him in both the Ronnie and Jason years, but having it retconned just IRKS me! I’m also still bothered by the whole Deathstorm thing, so even though this is a way to wipe that out, I still have a hard time forgetting, since I’m a continuity-freak.

E. I’m not plugged into some of the newer creators.
I was going to pass on Godzilla: Gangsters and Goliaths this week, when someone said it was “AWESOME” and it was written by the guy who does Chew. Well, I’ve heard the buzz about Chew, but I’d never read it and I didn’t recognize the writer’s name at all. It was a good story though, so I’ll be getting the rest of the series. 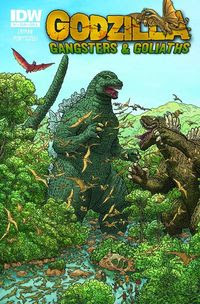 F. In some ways, I. Just. Don’t. Care. Anymore.
I really want to read good monthly, not just the latest hot story-arc, comics and if it has some of my favorite DC characters, maybe I’ll be enticed to try some. However, I can also just leave it alone. I don’t like starts and stops. Last year I was super-enthusiastic about the new Flash series, loved the first arc, but I couldn’t even finish the road to Flashpoint. It even soured me on the whole Flashpoint epic. Some of the titles may end up being great, but I’ve got enough other books (Marvel has been doing a lot better this past year and the TV/film properties) to spend my money and time on.
Posted by Matthew at Saturday, June 18, 2011