The Week of July 6 in Review

Every once in awhile the muse is hard to find and this week has been busy with my real job and my personal life has been a little chaotic lately with all sorts of stuff going on keeping me busier than normal. I always admire the comic writers who continue to crank out great material even though I know their muse sometimes must escape them also.

This week I’m keeping it short and I may miss next week. 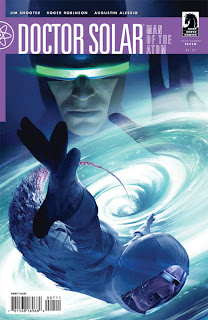 What I Liked – Shooter just knows how to tell a good story. I like that Dr. Solar is a super smart guy science wise, but is socially inept and is still learning how to fight against a bad guy who is on the same power level. Roger Robinson and Agustin Alessio are both doing great jobs on the art. Regardless of Solar’s near godlike powers he is still very human and very relatable.

What I Didn’t Like – Knowing that I think we have only one more issue and the book is at its end. I guess sales did it in as this was the wrong time for this type of revival and scheduling issues have plagued the book.

Overall – I hate to see this book die and unfortunately for whatever reason various series over the years that I have enjoyed being written or at least directed by Shooter are never given a long enough life, but I will continue to follow his work as he tells good stories. 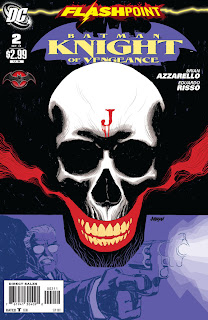 What I Liked – Risso is a great artist and his work is always well done, from his page design to his line work this man is a complete artist. He is able to give us a flowing storyline and still give us innovative page designs. The story is also a joy. With any “Elseworld” style story the twist and turns with familiar characters are always fun to see. One such twist was Oracle being Selina Kyle who appears to be a quadriplegic. That was a shocker and sad to see. The way the Joker fools James Gordon was also brutal and finding out the Joker was Martha Wayne was a bizarre twist, but in character with what is going on. 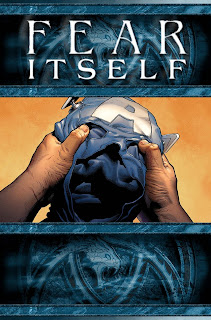 What I Liked – The main storyline feels fairly well contained. I’m only following the tie-ins that cross over into books that I read and I haven’t noticed the main story missing parts to it. The pace of the story is decent and Immonen and Von Grawbadger are providing top flight art and good story telling.

What I Didn’t Like – The story itself has left me a little cold. I hear and have read some people singing its praises and I know it is outselling Flashpoint, but the story is blah and we are on issue four of seven at this point. Odin’s brother lives off fear and he was awakened and now he has unleashed seven hammers to be wielded by people to generate fear to give him strength. The new Red Skull is thrown in the mix to make it have something to do with Captain America as Marvel has both a Captain America and Thor movie out. This serves as a deus ex machine to kill off Bucky and put Steve back into the Captain America role.

Overall – It feel very contrived, there was no real organic beginning for this story and the no logical tie between Cap and Thor, other than both got movies released in 2011. 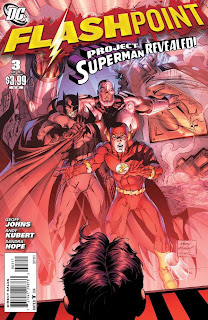 What I Liked – Kubert and Hope with Alex Sinclair on colors is a top flight art team and damn hard to beat. I’m enjoying how the series is coming together and acting in many ways as a prelude to the re-launch of the DCU. Cyborg is working for me, the “Superman” was a very cool take on the character and the overall Flashpoint experience has been one of action and adventure that feels like it has a cohesive nature to it.

What I Didn’t Like – How Barry got his powers back, it was just plain stupid that lightning bolt number one would fry him, but number two would give him powers, still it is a comic book.

Overall – For a series I was almost dreading this is a much better event then Fear Itself and is just something that I have missed in super hero comics and that is a fun fast paced story that is a great thrill ride. Also it is one that maintains a pretty darn cohesive whole if you read all the tie-ins.

Tell next week or maybe the week after, be good or be better.