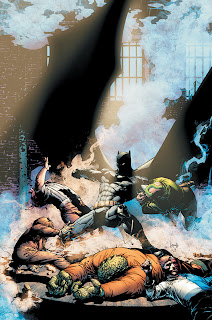 BATMAN #1
Written by SCOTT SNYDER
Art by GREG CAPULLO and JONATHAN GLAPION
Cover by GREG CAPULLO
Variant cover by ETHAN VAN SCIVER
On sale SEPTEMBER 21 • 32 pg, FC, $2.99 US • RATED T
Be here for the start of a new era for The Dark Knight from writer Scott Snyder (AMERICAN VAMPIRE, BATMAN: GATES OF GOTHAM) and artist Greg Capullo (Spawn)! A series of brutal killings hints at an ancient conspiracy, and Batman learns that Gotham City is deadlier than he knew.

Scott on staying in Gotham.

Jim: Well any book by Scott Snyder is a welcome sight and Greg Capullo doing Batman should be interesting. I’m avoiding reading all the interviews by various creators and trying to come at this stuff cold, but no matter what I’m disappointed that the Batman continuity is being screwed up since I was happy with the status quo. I still have a great love for this character and can’t help but think Snyder will do a great job with this book.
Gwen: It really seems that any "major" change in DC is really on fleeting and temporary. I agree with Jim - I liked the Batman stuff the way it had been going but it seems like a good team for the book.
Matthew: I finally got around to reading Iron Man: Noir by Snyder and really liked it. I haven't followed Batman since Hush, but if they can keep the story just to the core title I may stick around.
Lee: This is one of the easy hits of this whole event. Snyder was doing a good job before, he should continue to do so.
Thomm: I wasn't wowed by Snyder's Batman and only checked out a few issues. Could be he's one of those creators who's great with his own stuff (American Vampire) but just ok with the company owned properties. Could be I was just tired of Batman for awhile. Worth a look.

Greg: Look, Scott Snyder has been a revelation for me on Detective and I'm totally sold on any Batman book he writes. It even appears he'll be setting the tone for the Batman line from here on out and that is something to be very excited about. But c'mon DC, you can't stick me with Greg Capullo! Especially after giving me Jock on this book. Ugh. Can't stand the art, but Synder's good enough that I'll still be excited to read this. I just won't be able to take the amount of flowing clothes that will be involved in any scene with Batman and Jim Gordon's trenchcoat. 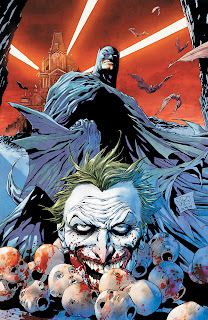 DETECTIVE COMICS #1
Written by TONY S. DANIEL
Art by TONY S. DANIEL and RYAN WINN
Cover by TONY S. DANIEL
On sale SEPTEMBER 7 • 32 pg, FC, $2.99 US • RATED T
DC’s flagship title is relaunched for the first time ever, with new Batman adventures from acclaimed writer/ artist Tony S. Daniel!
A killer called The Gotham Ripper is on the loose on Batman’s home turf – leading The Dark Knight on a deadly game of cat and mouse.
Tony on searching for clues in Detective

Jim: On the flip side DC has whom I believe to be their strongest and one of their weakest writers on the main two bat books. Daniel is not a good writer from what I have seen. He tries to handle too many elements in every story. He has some fun ideas, but fails in his execution. He needs a better editor or he needs to be a co-plotter and hire a writer to work with him. To put him on this is a mistake.
Gwen: I think it's a mistake to have him writing and doing some of the art. What kind of delays is that going to cause?
Matthew: Another book that didn't need to be renumbered!
Thomm: Another meh.

Greg: As far as I can tell, Tony's main appeal is his ability to turn work in on time. Which has its merits, but his writing is definitely not up to snuff, and I'm not even that sold on his art, so this is a big old pass. 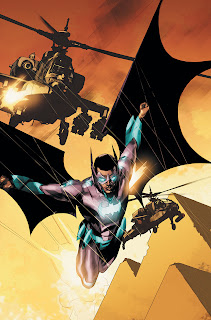 BATWING #1
Written by JUDD WINICK
Art and cover by BEN OLIVER
On sale SEPTEMBER 7 • 32 pg, FC, $2.99 US • RATED T
Africa, a land of beauty – and of great horror. A land of creation and conflict. It is in desperate need of a defender, and from the ranks of Batman Incorporated comes a soldier to carry on the legacy of The Dark Knight in the most tumultuous region on Earth. Meet Batwing, the Batman of Africa!

Judd talks up the Bat and the Wing.

Jim: So Dick Grayson’s gets kicked to being Nightwing and since we can have only one Batman we get Batwing. This book screams loser. Still Winick has made some bad concepts into good stories before and what I can recall of Oliver his art should be good. I have hopes that this book could actually be interesting. A Batman like character operating in Africa will certainly be different.
Gwen: Eh, I can't help but share Jim's bitterness about the handling of Dick Grayson's character.
Matthew: Sounds like a plane and looks like Man-Bat. Not interested.
Lee: I'm trying not to be negative but there is no way this can compare to the latest Unknown Soldier epic. That was a real story about Africa. Anyway, I always felt the appeal of Batman was the darkness, and Gotham itself. It's hard to be fighting in the dark when your city, Cairo I assume from the pyramids, is basically in a desert.
Thomm: I don't think comparing this to Unknown Soldier is a legitimate comparison. Might as well compare Firestorm to American Vampire. They're entirely different genres. Besides, Unknown Soldier was confined to a story in Uganda. There's a whole lot more of Africa and a lot more cultures in Africa. A lot can be done with this and Winnick may be the right guy to do it.
Greg: I agree with Thomm here. This isn't going to be a revolutionary book, but its a new superhero in a new setting that we haven't seen a million times before. Winick's been on a bit of a roll lately (though I remain suspicious) and Oliver can be an incredible artist when he's not rushed. I think this could be a sleeper pick of the new DC line up. 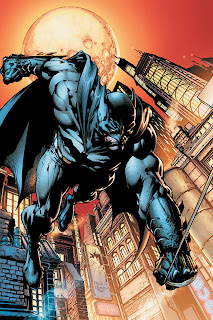 BATMAN: THE DARK KNIGHT #1
Written by DAVID FINCH
Art by DAVID FINCH and RICHARD FRIEND
Cover by DAVID FINCH
On sale SEPTEMBER 28 • 32 pg, FC, $2.99 US • RATED T
The Dark Knight struggles against a deadly – yet strangely familiar – foe in this phenomenal debut issue from superstar writer/artist David Finch (BRIGHTEST DAY, ACTION COMICS)!
As a mysterious figure slinks through the halls of Arkham Asylum, Batman must fight his way through a gauntlet of psychos, and Bruce Wayne faces the unexpected legal ramifications of Batman Incorporated!

Jim: David Finch has only managed to put out 2 issues of this book and now it is getting re-launched and DC is promising to have books ship on time and monthly. Good the heck luck with that Mr. Didio, especially on this book. I hope Finch can still knock out some covers for DC as he eventually will not being doing interiors as he does not seem to have the capacity to produce a monthly book, especially as he is learning how to write at the same time. I’m shocked that Finch is going to try and pick up on some of the Morrison elements with Batman Incorporated. Of course DC is probably going to rewrite all of that in a short time.
Gwen: This sounds a whole lot like the premise for the Arkham Asylum game - except the Batman Inc stuff of course.
Matthew: Maybe they should just make it a bi-annual comic like Simpsons Super Spectacular or OZ/Wonderland.
Thomm: This just seems like Batman overkill. No interest at all.

Greg: DC's apparently going to take a real heavy hand with late books. Which means this is going to be cancelled when issue 2 ships next year or they'll be using another artist, in which case, what's the point of putting out a Dave Finch book? 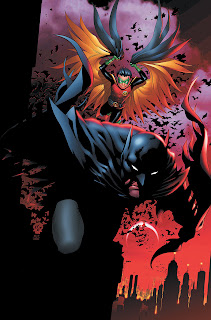 BATMAN AND ROBIN #1
Written by PETER J. TOMASI
Art and cover by PATRICK GLEASON and MICK GRAY
On sale SEPTEMBER 14 • 32 pg, FC, $2.99 US • RATED T
Battling evil with his son, Damian, at his side, Batman now realizes that the hardest part of the job may be trying to work together!
As Batman and Robin try to adjust to their new partnership, a figure emerges from Bruce Wayne’s past: His name is NoBody, and he’s not happy that Batman Incorporated is shining a light on his own shadowy war against evil...

Jim: Really? Are we really going to get this team doing this book? Big, big problem is that Damian works with Dick as Batman, in “reality” Bruce would never tolerate Damian and would fire him off the job in a heartbeat. Either Bruce or Damian’s character will be changed or toned down to make this work and either choice is a bad one. The dynamic of Dick and Damian was a perfect yin and yang, Bruce and Damian are more like yang and yanger.
Gwen: Aggh. This makes me sad inside.
Matthew: Aren't they de-aging Bruce? Will he still be old enough to father Damian? With so much changing there sure are a lot of carry-overs from the old pre-Flashpoint Bat-verse.
Lee: This actually appeals to me. I didn't like Morrison's take on Batman so there is a much better chance that I will like Tomasi's. And, I am probably more typical of the target for this book than most. A lapsed Batman reader looking for something that isn't quite so blood thirsty.
Thomm: I don't have Jim's visceral response to this, but neither am I particularly interested in Tomasi's take on things. It's all just too much Bruce Wayne. How many books is he in, anyway?

Greg: Agreed. The dynamic only really works with Dick. I think this represents DC realizing that its time for a young Robin again. Anyway, I've gotten a bit tired of Tomasi's books over the last few years. They're not bad and not good, they're just kind of acceptably there. Doubt I'll check it out.