Random Bits of News and Other Things 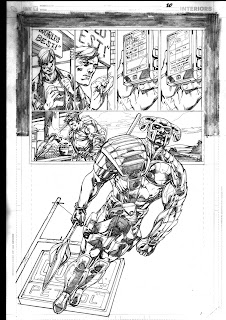 DC announces an ongoing Magog series by Keith Giffen and Howard Porter. Are they kdding? I mean the JSA has Hourman and Liberty Bell husband and wife team that is virtually untouched, Dr. Midnight, the revamped Sandman, Damage and many other characters that would be fascinating and great to carry a book and we get Magog. This guy is a bizarre homage to some of the worst 90 characters every created. Who the hell green lit this idea at DC? This is really a bad idea in my opinion, Giffen has been more miss then hit, Porter’s style is all over the map and there is no buzz on this character. It will not last past 12 issues is my guess.

A new Golden Age Human Torch mini-series from Marvel was 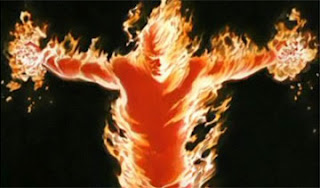 announced. As it stands it sounds like a cool idea, but it is being packaged by Dynamite Entertainment like the Avengers/Invaders book that I dropped after about three issues. Marvel had Image take over some of their books when they were in or near bankruptcy and that was an abomination (not the Hulk’s foe, just an abomination). So again I have to ask who thought the Avengers/Invaders thing was going so well they would do it again. Plus Alex Ross is involved and it is eight issues long. This guarantees a drawn out overly hyped idea by Ross that will fall short, even with Mike Carey helping to write it. I think Alex keeps trying to recapture some of the magic of his early work, but keeps falling short. He should try his hand and writing and drawing a mini-series for DC utilizing the Kingdom Come Superman and I think he may do well with that, but right now he has too many concepts that may sound great on paper, but are falling short on execution. 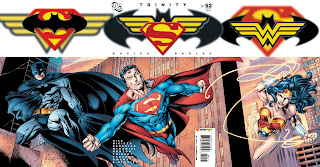 Trinity from DC is finally over. 52 was a great series, Countdown was a dismal failure and this book is an unhappy over 1,000 page graphic novel full and sound and fury that did nothing but waste some really good talent. As a six or even 12 part mini-series, this would have been enjoyable, as it was, it was not and is rated as another failure from DC. Points for being daring, but I ain't buying into another 52 issue weekly series again. If they do another every issue better keep me in the game or I will drop it like a hot rock. 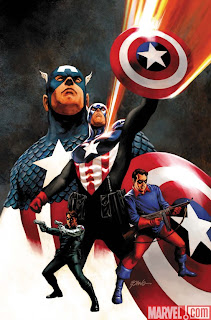 print of Captain America #50 back to stores for June 10. This appears to be so Marvel can make a major announcement on either Monday June 15 or if their solicitations are being released online on Tuesday, so the solicitation can have stuff in it they will not count as a spoiler after Captain America #600 is officially on the street. I don’t like it, sounds like a blatant stunt and as an ex-retailer making customers come in twice a week is asking too much for many and I assume it would mean extra shipping costs. Also I was not even open on Monday and Tuesday because by Sunday you have seen 95% of your weekly base anyway.

Gripe, gripe, gripe do you have any good news Jim? 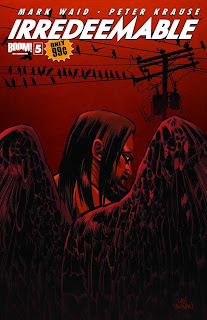 IRREDEEMABLE #5 - Written by Mark Waid, art by Peter Krause, covers by Gene Ha, Dennis Calero, Dan Panosian, and Jeffrey Spokes. New arc! And only 99 cents! This is your chance to hop onboard the superhero event that dares to ask: What if the world's greatest hero decided to become the world's greatest villain? 24 pages, $0.99.

That’s right one of the best new series (if not the best new series of 2009) is offering issue #5 for only 99 cents. You buy it and you don’t like it mail it to me and I’ll send you a buck and a quarter (to cover the mailing) – Good for the first 50 people (one to a person). This book is that good. Really I can’t stand seeing some of the weaker titles have ridiculous sales numbers. RETAILERS ORDER THIS BOOK / READERS BUY THIS BOOK.

And one more happy thought a quote from Ron Smith's commentary recently (the one person I like to listen to on the radio):
….I visited the site, which provides a daily compilation of stories relating to the current gigantic wave – hence “tsunami” – of mounting pension debt, both public and private, that threatens to drown the American taxpayer.

When one checks out the multiple stories posted there each day, it becomes apparent that we are in for it. There seems to be no escaping financial disaster. Yet the politicians and their bureaucrat servant class tell us all will be well. They say the bottom is near and a recovery just around the corner. President Obama took on the burden of enormous debt amid the worldwide collapse of credit and decided that it would be a swell idea to add to it. His $3.6 trillion federal budget for FY 2010 is beyond monstrous, somewhere in the neighborhood of insanity.

He assures us that we can regain prosperity by going green, even though the jobs to be created by hugely expensive green programs are by most sober analyses going to be lesser jobs than the ones lost in attempts to wean us from fossil fuels. The Waxman-Markey cap and trade bill would, if passed, represent the largest tax increase in the history of this republic. This is demonstrably insane. Boosting the cost of living substantially in the name of effecting climate change doesn’t seem like a logical thing to do in the face of the fact that no matter the cost to be borne, we can’t really do anything dramatic about changes in climate. Even Al Gore’s fervent ally, NASA scientist James Hansen, opposes Waxman-Markey as something that couldn’t justify its cost because there isn’t really any benefit to be derived from it.

Read the whole commentary here
Posted by Jim at Thursday, May 28, 2009