Alternate realities are a tried and true part of superhero comics. From the imaginary stories of the Silver Age to the grim and gritty possible futures of the 80’s, they provide creators to play around with these characters that an ongoing publishing schedule typically won’t let them do.

With Flashpoint and to a lesser extent Age of X, 2011 looks to be the year of the big alternate reality crossover.

Now, a successful alternate reality hinges on two important things, the presentation of some different takes on familiar characters that are still grounded in something about the character to be believable and an interesting, ugh, flashpoint on which the history we all know changed.

What Geoff Johns is doing with Flashpoint is cute, honestly. But if want to see an alternate reality story done right, you’ve got to go to the book that did it first and did it best: Uncanny X-Men. 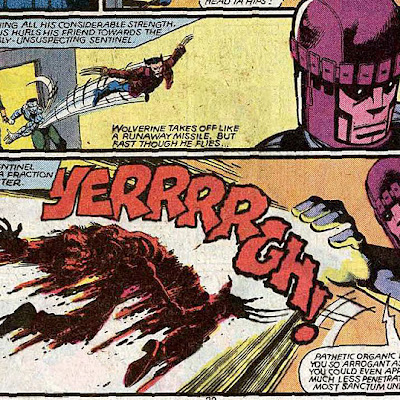 Days of the Future Past is probably one of the best modern comic book stories ever written and it is probably THE best alternate reality story in an ongoing monthly title. It presented a horrible future that was intrinsically linked to the book’s premise of mutant rights. And best of all, it was genuinely shocking. We forget this now, because like anything good in comics in the 80’s it was copied so often that we associate it more with its terrible clones than the actual story itself.

All the X-Men got killed in the future, not by some futuristic new villain, but by the Sentinels, something we saw all the time. In the present, the X-Men fought to stop the event that caused the future and even when they won, it felt more like they delayed everything as opposed to stopped it.

Perhaps the most effective alternate reality storyline came about a decade later out of the same book when they launched Age of Apocalypse as the X-Men’s summer crossover. Xavier’s crazy son went back in time and killed his dad by accident, changing history so that the X-Men got formed (by Magneto!) too late to stop Apocalypse from conquering the world. Characters were radically different, but it all made a certain amount of sense when you looked at the world they had created around them. Best of all, they sold the new reality very well. Just like Flashpoint, they launched a million titles to show you how our favorite characters were doing in this new world. Unlike Flashpoint, they cancelled their previously existing titles and it was in the age before the internet, so we didn’t know what was happening in a few months. How long was this going on? Was it permanent? It was pretty cool. 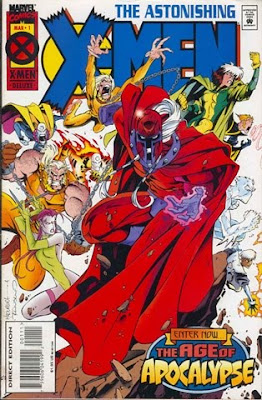 The world building that went into Age of Apocalypse was pretty thorough as well, but what set it apart from almost any alternate reality story I’ve read was how it treated the main characters. Most alternate reality stories have a character who either remembers the real world or a character from the real world. Other characters may or may not have their memories of the real world restored. Age of Apocalypse didn’t really do this. The time traveling Bishop was trying to get the X-Men to fix anything, but he was now old and crazy. No other characters ever got their memories of the real world back. They just believed anything had to be better than the world they lived in. This lent some real weight to their struggle to restore reality, because they were effectively killing themselves and everything they loved. 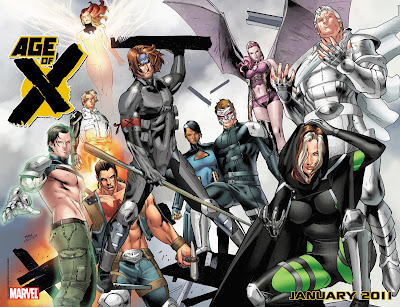 The hardest thing to do about an alternate reality storyline is making readers care about a world that is probably going to be gone in a few issues. No title has done this as consistently well as X-Men, because when this book is at its best, its not focusing on plot gymnastics, its focusing on characters. Look at Mike Carey’s Age of X storyline. Even though it was a creation of Legion (the same character responsible for Age of Apocalypse), the whole reality was his fractured mind’s attempt to make him a hero and every hero involved in the story is being forced to cope with who they were in the alternate reality.

Avengers and Flash and whoever can try to unseat it, but X-Men remains comics’ alternate reality king.
Posted by Greg at Friday, May 27, 2011