I usually skip over the idea of doing thematic posts when holidays fall on one of my Sundays (yes, I own Sundays, so you best ask permission to use one). Of course, there was my notorious Valentine's Day post advocating the legality of plural and serial marriage, but that was the exception rather than the rule. 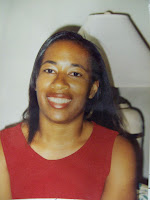 It's Mother's Day today. Hopefully, by the time this post is up my kids will have come up with something nice to show their appreciation of their mother. (I'm usually the one who bears the brunt of it if they don't.)

Of course, if I only had my son, Mother's Day would be easy. He's 9 and still is comfortable with hugs and kisses with his mom, so long as he's not out in public. He's a goofy kind of fun and makes his mom smile a lot.

It's the girl who's problem. She's 12. She's in 7th grade. She's my daughter. Not a good combination for someone with my wife's sensibilities.

She's had trouble with math and science this year, which leads to some anger for the wife (me, too). She injured her knee a few weeks ago, which leads to recrimination for my wife because the problem hasn't been fixed quickly (keeping my daughter away from her true love - dance classes and dance competition). She's smart and has my kind of attitude, which means a large dollop of certitude in what she knows. It's hard enough for my wife with me, but at least I don't try to throw it in her face and confront her. The girl, though, likes to put it up there that she knows. Doesn't matter what she knows. She knows. (All of which is all the more irritating for my wife because she knows plenty, too.)

Conversely, the fact that the girl will be off to college in a mere 5 years is weighing on my wife. Considering all the grief she gets, you'd think that she'd be happy with the prospect. But, no.

I know their relationship will get easier as time goes by, hopefully well before the girl goes off to college. That's going to be a long 5 years if it doesn't.

At least my wife's not a sea louse. The young of that species eat their mother from the inside as they gestate. 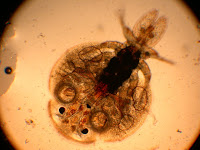 Better a metaphorical sea louse than the real thing.

So, to all the moms out there - and I'm sure there are just so many reading this blog - Happy Mother's Day, especially to those with middle school age daughters. Don't let them eat you up inside.

And a Happy Mother's Day to my mom, too, world traveler that she is. She missed out on all the daughter fun, having only two sons.
Posted by Thomm at Sunday, May 08, 2011