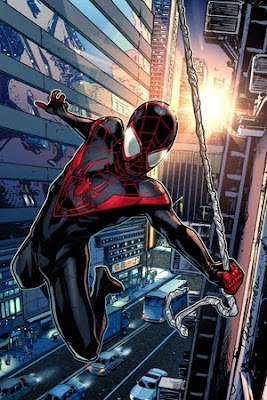 Marvel’s Ultimate imprint has taken an abrupt u-turn in the past week. In the wake of the positive reception and publicity that the Death of Spider-Man storyline is receiving and the publication of a new costume that will be appearing in Ultimate Spider-Man, Marvel announced major changes for the Ultimate line of comics. Jonathan Hickman will be taking over the Ultimates and writing an Ultimate Hawkeye book while Nick Spencer will be handling the Ultimate X-Men title.

Back in the early 2000s when the Ultimate universe was launched, it represented the cutting edge of superhero comics. The creative forces driving the books weren’t the same writers we were used to seeing. In Brian Michael Bendis we had an up and coming indie writer being given the keys of a major relaunch to Marvel’s most important character. In Mark Millar we had a controversial writer best known for work at Wildstorm and Vertigo being assigned to relaunches of Marvel’s new two biggest franchises.

Now, it has to be said that Ultimate Spider-Man has always maintained a pretty high level of quality, but the rest of the line hasn’t been as fortunate. With the exception of an inspired run on Ultimate X-Men, Millar’s books became a morass of bad ideas and poor execution as brought to us by Jeph Loeb and his interns from Heroes (Remember that show? Me neither.) Meanwhile, Ultimate Fantastic Four never clicked in the way the other books did at their launch, despite some valiant attempts from Warren Ellis and Mike Carey. 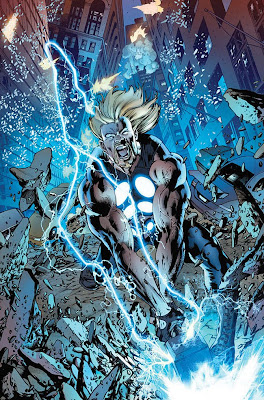 What these creative decisions represent is Marvel putting some real creative muscle back into the imprint. However, they’re doing it in the same way that they did it back in the early days of the imprint, finding guys that have a proven creative track record, but will bring an approach that readers aren’t necessarily familiar with. Hickman has written one of the market's highest selling books in the form of FF, but putting him front and center for a major imprint relaunch still feels like a first for him. Spencer might be this month’s next big thing, but his output is relatively slim for someone getting this high profile gig, just like Bendis in 2000.

What both of these creators bring are distinct styles and interests. Between the two of them, they’ve published books about altering the history of the Roman empire, a war between spy agencies, vacationing in alternate universes, and living in the brain of the guy that killed you. Not the resumes you’d maybe expect of guys on a high profile superhero book and that’s definitely a good thing. 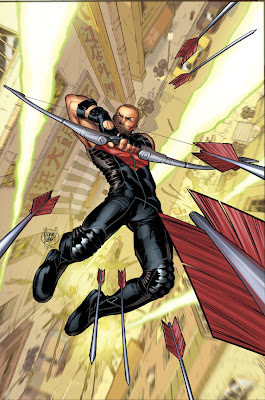 The Ultimate universe has declined in recent years because Ultimate Spider-Man aside, Marvel stopped putting good creators on these books. They could have put more established creators on these books to show they were serious. Instead they went with two unexpected choices, which is perfect for a universe designed, in part, to subvert expectations.

The relaunch of the Ultimate universe starts in late summer and it looks like for the first time in a long time, this imprint will publish something worth reading without Bendis’ name on the cover.
Posted by Greg at Thursday, May 05, 2011