Even 5-10 years it seems like there is a series that is good, borderline great, that never finds an audience.  The series eventually gets the terrible nickname of "cult classic" which eventually leads to some nerd boy or girl writing fanfiction about it.  Hourman isn't quite there yet but it should be.  Hourman was a critical darling that never sold well but it did feature some of Tom Peyer's best writing and interior art by (little known then) Rags Morales.  It is worth hunting down and here are some of the best covers. 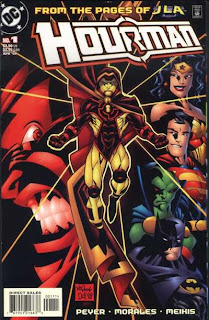 Hourman #1, April 1999
Pencils: Scott McDaniel
Inks: John Dell
As far as an first issue cover, I have to say this does everything right.  The main character is prominently featured.  The villain, all in red, is shown and appears menacing.  The JLA shows up just in case you weren't sure who the character was. 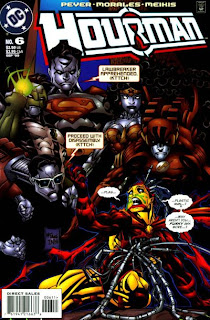 Inks: John Dell
I love the dialogue which says "Plasticman? Why aren't you funny anymore?"  This is another good superhero cover as our guy is obviously in danger.  It actually makes me curious about what's inside. 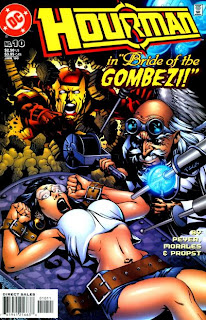 Now this is a great cover!  Rags does he best homage to the old 40's/50's damsel in distress theme/covers.  It's a little risque but that just a bonus. 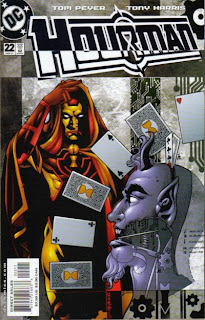 Talk about a switch in styles!  Harris delivers a cover that is nothing like any of the previous covers.  I am not sure it's a good superhero cover but it sure is fun to look at. 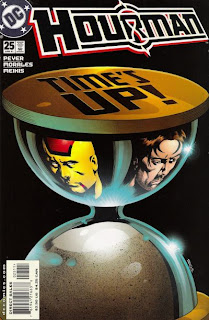 And, for the last issue we have a very tongue-in-cheek image of time running out.  And of course, text stating the same.  As last issues covers go, it's a great one!

And that's it for this week.  Now go outside and enjoy the fine summer weather!