The Preview of The Week of May 29 in Review

I’m back. As you can see my cohorts were lost with out my stunning brilliance that starts off the week. Actually I’m sure I was hardly missed. This week is four parts and the clips are as follows:
The Week of May 29 in Review Part 1 of 4 - Daredevil #26 and JLA #4

Okay onto Justice League of #4, another disappointment. I have less disappointment with this book as my expectations of Geoff Johns are low and David Finch never stays on a book for any length of time. Still when a series is launched with the creative team announced I would hope they would be on it for the first arc. We are on issue #4 and Brett Booth is the artist. Brett does a good job, but it still sucks that there is not even continuity within an arc on a comic at DC many times. Next complaint is how young these character look. Green Arrow is younger then the guy playing him on Arrow TV show. We are supposed to think Vibe and Stargirl are younger but they appear to be close to Ollie’s age. It takes a lot away from the characters. Recently a friend of mine said he feels DC books are almost being written for 12 year olds and now that he pointed that out I’m seeing a “dumbing” down on a lot of their books. 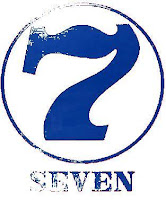 7)      Superman. How do you f*ck up with not having this character having the best creative teams. When the movie hits Snyder will be writing one book, but Lobdell is on the other. The lack of planning in the new 52 around Superman has been tragic. The character is undefined at this point and I have avoided his books for the better then a year.

Half Past Danger #1 by Stephen Mooney was a book I went in with almost zero expectations. It was tagged as being about Dames, Dinosaurs and Danger with a burning Nazi flag on the cover. It was shades of Indiana Jones, , Xenozic Tales and an ERB type of novel. Also I have no idea who the heck Stephen Mooney is, but he wrote and drew the entire thing. It was a fun ride. We start in WWII on the Pacific front. Sgt Tommy “Irish” Flynn is leading his squad on a small island doing reconnoitering with a small squad. They find Germans where there should be none. Take pictures and run into a jungle filled with dinosaurs. Only Tommy survives.

The full tilt boogie on Monday and Tuesday.