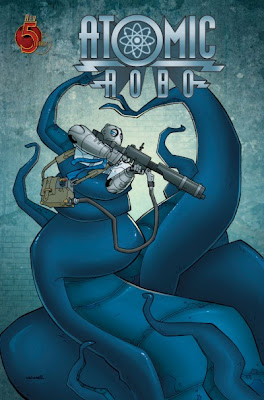 I’m enjoying the third volume of Atomic Robo much more than I did the second. I feel that with this issue Clevinger has tapped back into the fun and mayhem of his first volume. I really love Robo talking on the phone as if he was a teenager getting in trouble with Dad. My favorite quote this issue? “Oh dear God, I hope that’s a leg.” 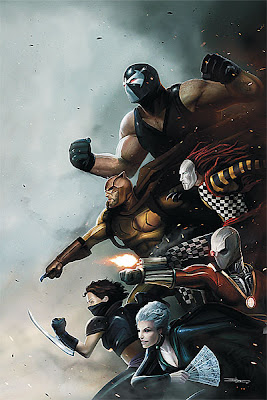 Even ten issues in the bizarre and humorous are still working together to make Secret Six a uniquely entertaining book. I especially enjoyed Deadshot being held by the throat over a cliff and then being asked what he was thinking. His response of wondering if he could convince the women to have a threesome was hilarious. This is just a fun book. Even so it has taken a serious twist as Gail Simone continues to see how far her cast will really go for a job. Villains who have a conscious are much more real than the out and out evil bad guys in comic books. 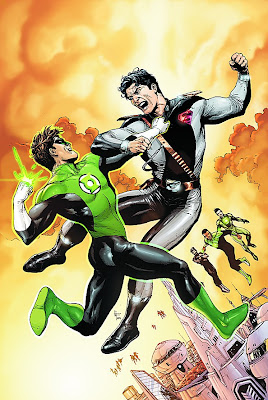 The main thing that stood out for me during this issue was the way Sodom Yat took the news that there was a Daxamite living on Earth (Mon’el). I’m curious as to why he was so oddly affected by the news. Also Kal getting arrested was only a matter of time. An inevitability. We’ll see where things go from here. 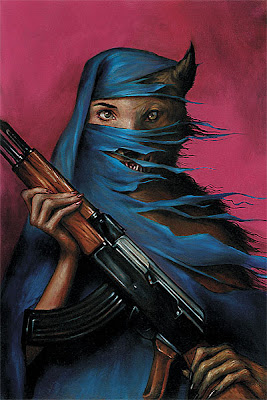 After the irritation of a filler issue following a cliffhanger I was happy to return to the main storyline. If Fig’s in love with Harry is she really in love with the House? This would make a strange kind of sense. I’m interested to see what Harry’s going to have to say on the matter. I felt really bad for the werewolf girl in the side story. It’s hard to think of her as a bad guy but I guess only time will tell. 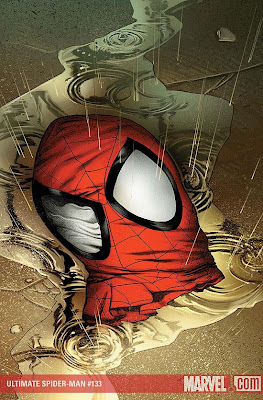 This seemed to be a waste of an issue to me which was even worse since it was the last issue. Ultimate Spidey has always been hit or miss for me and it’s sad that the series had to end on a miss. Regardless I’ll miss this book if only because the storyline was actually advanced. 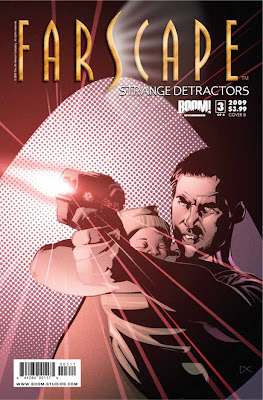 Comic books and sci-fi television combined = mandatory ‘resurrections’. While I am enjoying the Farscape stories it just doesn’t quite catch the feel that the television show did. I’m not sure what it is but I’d guess that it’s easier to capture the craziness of Farscape with live actors. Still, the crew at BOOM does a good job with what they have. 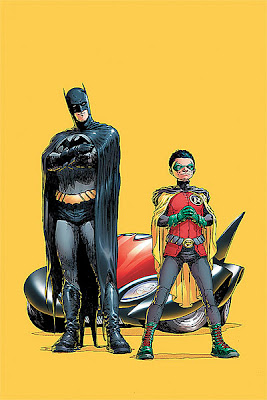 Eh. This was okay. I’m sure any of you who read this blog are well aware of my dislike of Grant Morrison’s Batman work. Still, I didn’t even realize it was Grant Morrison writing it until after I finished reading the issue so I don’t think my opinion is biased in this case. This book wasn’t bad it just didn’t stand out for me either. I’m not very happy with Damian as Robin so I think that adds to my apathy. I can’t really place my finger on it. The most I can say is that the issue jumped around a bit too much for me. Hopefully the next issue will work better for me.