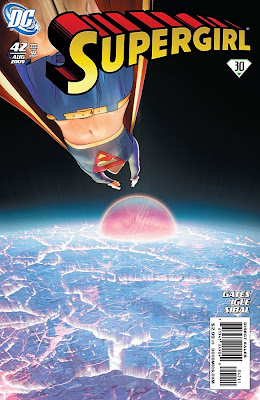 
I'm confused, was this the last issue of this book? I may be somewhat out of the loop. Wither way I feel badly for Kara. What with accidentally killing Lois's sister and all. Of course the whole Superwoman thing was just very odd to begin with. I do like the way that Kara herself has been written recently though. She's much less annoying. Less mood swings too. I've enjoyed the most recent team on Supergirl. As much as this books been awful in the past it was beginning to pick up. Maybe it was too little too late? 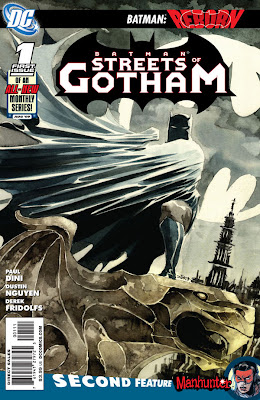 
I enjoyed this much more than Batman and Robin. I'm still not a Hush fan though so I didn't really care about his side appearance. Firefly as the opening villain was pretty cool. I also liked the scene with Harley. As much as I enjoyed the main part of the book I liked the backup story even better. I'm happy to see Manhunter still around and I love the idea of her being Gotham's interim DA. I am thrilled to get more Manhunter stories! Either way this book has me more fully sold on the Batman Reborn stuff than B&R. I even liked Damian in this book! 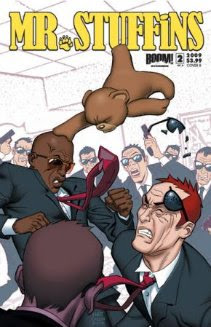 
This was a solid issue. Mr. Stuffins is a pretty mean teddy bear but I love how he softens up a bit when the kid gets all teary. I'm interested to see how Mr. Stuffins is going to react when he gets new batteries. I have to say I didn't enjoy this quite as much as the first issue but regadless it is a fun and zany comic book. 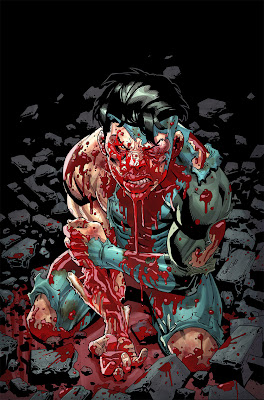 
Ouch. This was an extremely harsh issue. I have to say I'm pretty upset by Eve's death as she was my favorite character. I mean, sure, it only emphasizes how much it sucks to be Mark right now but it was really unessasary. She was a pretty awesome character and I'm really going to miss her. 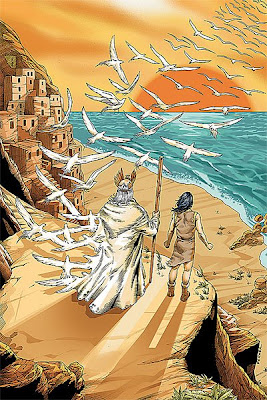 
This is usually one of my favorite books but not this month. This felt like a filler issue. Yes, it was a kind of background story... sort of. Even so I felt gyped out of an issue. Kind of like HoM #13. If the writer needs a vacation I'd rather have a month off than a filler issue. Or at least make it more relavant filler =/
Posted by Gwen at Saturday, June 27, 2009