Next up is Irredeemable from BOOM Stuidos, which so far is the strongest of these four and is closest to Savior 28 in story and structure as the Plutonian is an analogy for Superman, but instead of becoming disillusioned, he has gone over to the dark side and become a totally unrepentant and evil person. 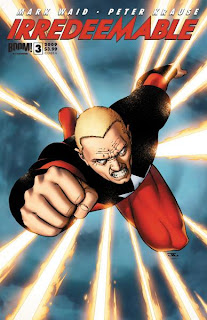 It is not so much of a deconstruction of the super hero myth as it is a construction of what can transform a decent and kind person into such a bastard. It is a story about transformations and the things that can pray on anyone’s mind. In many ways I believe Mark Waid has set himself up for either a seminal run of his career to date or a spectacular failure. For my money it is turning into a seminal run. The hardest part of this story is making the readers believe a Superman type character could go bad without mind control, alien possession or some sort of doppelganger. As Superman has grown to American mythical proportions using the analogy automatically imbues the character with qualities he does not necessarily possess. By this I mean that Superman was raised so well by the Kents that he has always had the “boy scout” mentality and the ability to back it up with force when needed. He is the ultimate stick and stones may (or not in this case) break my bones, but words will never hurt me. The Plutonian is a more fragile character mentally and we are seeing that words do hurt him. In that way the Plutonian is the heroic ideal in form only and not substance. Therefore Mark has to overcome the myth that he is invoking by convincing us that a being that is so powerful would even care about what others say about him. 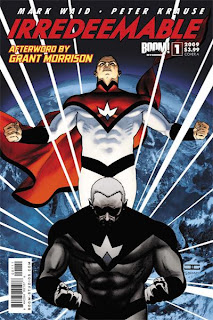 life and have on occasion been rejected by a love interest (or maybe that is more Lee’s story). The problem is I could also see that if I had such unbelievable power a few people saying I was a jerk would not faze me and I’m sure I would have plenty of women willing to sleep with me and profess undying love. At this point though I think this is all part of the story as Mark is slowly revealing that no single thing pushed this hero over the edge, but all of those things and more to be revealed did it. If I was writing this story I would add into it that after awhile the old absolute power corrupts absolutely would come into play. Additionally being so far removed from humanity after being disappointed by them, how connected could he really stay with the people he is supposed to protect. Finally we do not know his true origin at this point and we are assuming it is a Superman type of origin, especially with a name like the Plutonian. This is all a brilliant feint in my opinion by Waid as his origin will probably also reveal other flaws in the character that led him down this path.

Another piece of the puzzle for Irredeemable is the art work. Comics are a collaborative medium and Peter Krause is doing an absolute stellar job on this book. I’m hoping that BOOM does this book justice by creating an oversized collection of the book in 12 issue chunks, with smyth sewn binding, maybe a script of two and all the rest. This is not to denigrate the artwork on the other titles as each book is successful in my mind and each book has strong art, it is just Krause’s work is just the best of a group of good artists from my viewpoint. 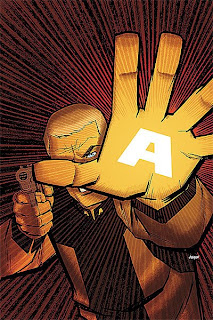 Last and by no terms least is the oldest of this group of books and that is The Mighty from DC comics and is a story about Alpha One, another Superman type character. From all that has been shown Alpha One is the only super hero on the planet. Unlike the other three books and especially Savior 28 and the Plutonian where a JLA type group is part of the landscape. Alpha One is a more enigmatic figure in this book and he has a group of normal humans who run a support center that acts as a paramilitary organization that supports the work of Alpha One, by helping to clean up after Alpha One does his work. Not only do they do the follow up work, but they act as a public relations group for Alpha One also.

We are learning about Alpha One from the newest leader of that group. Our central character was saved by Alpha when he was a boy and has now become the leader of that support group. What I have especially enjoyed is seeing the curtain being slowly pulled back on Alpha One and we are finding out that he is a creepy sort of guy. We are not learning this in any one way, but in multiple ways. One is through the eyes of the new Captain, one through past men who ran the organization and third through the actions of Alpha One himself. With Alpha we have not been privy to any of his private thoughts, but it is obvious that he is very disconnected to the people and he sees them as beings that are less then him. The last issue we saw that he is performing experiments on people and specifically a young woman this time. What he is doing and what he is trying to do is still unrevealed.

Alpha One is the only super being on the planet and while he performs good deeds, he also has 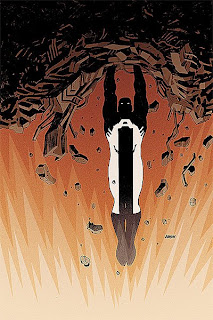 an extreme dark side. It appears that often a blind eye has been turned to those deeds as I’m guessing some feel the good outweigh the bad or perhaps even worse how could a regular person stop him so what is the point.

I see the story going in the direction of the new Captain of Alpha’s support troops slowly learning that his boss has more then feet of clay. From there how does he stop a Superman? What is the objective of what Alpha is doing? If he is trying to recreate himself or a mate, is that all bad? If the price for the service of such a being is a few innocents, is the greater good being served? What do you do if your hero is a sociopath?

So are they all the same? In some ways each is about a super hero going bad, but the differences are all important and allow for four different stories. Remember that I have read that the DNA difference between humans and chimpanzees is only 2%, so a slight difference makes a huge impact (although at times my wife may say it is not that big of a difference).

Absolution is about learning that the right thing may not be legal (perhaps).
Life and Times of Savior 28 is learning that you have to change the world with thoughts and not super strength.
Irredeemable is about understanding with great power, it does not always come with great mental health.
The Mighty is about your hero can sometimes be the villain.

I’m oversimplifying each book, but would recommend all four series as thoughtful and well written, each benefiting from strong artwork. I wish every book I read had these much effort put into it and then I would never complain about a #4 price tag on any comics. Try at least one of them or better yet get all four books.
Posted by Jim at Tuesday, June 16, 2009