Comic Covers Sunday: The Silver Surfer in the 90s

Let's start with a huge HAPPY MOTHER'S DAY and the one cover I could find dedicated to Mom's everywhere! 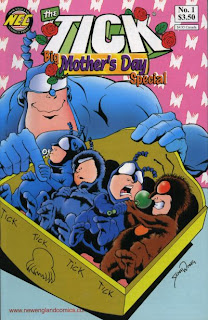 The Tick Big Mother's Day Special, April 2000
So, if you were to do a search on several of the comic book data bases for a simple word like "mother" you would be shocked at the lack of mother related comics out there.  Actually, you would be more shocked by the amount of adult material that has the word "mother" in the title.  Anyway, being family friendly this is the best I could do... so Happy Mother's Day everyone!.

Now on to Silver Surfer covers and one thing that boys might love more than their Mom... comics. 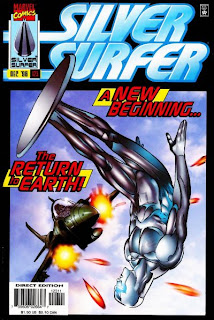 Silver Surfer #123, December 1996
Pencils: Ron Garney
Towards the end of this SS run, Ron Garney did something fantastic.  He actually managed to change the look of the Surfer.  You have to remember, Ron Lim (and imitators after him) had been on the book for years.  I remember this cover standing out because: (1) the cover was cool, (2) it was a good jumping on point, and (3) most of all the Surfer looked unique again. 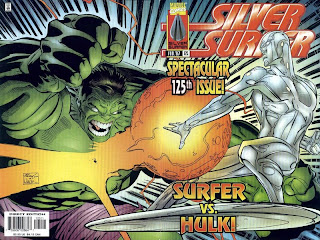 Silver Surfer #125, February 1997
Pencils:Ron Garney
Inks:Bob Wiacek
If you ever wanted an all out battle issue, this cover let you know what you were getting.  It's a fantastic superhero cover.  Garney would go on to draw the Hulk for years too. 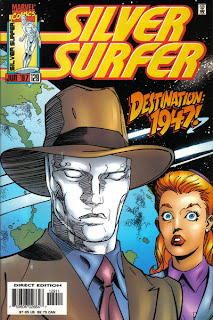 Silver Surfer #129, June 1997
Pencils:Ron Garney
Inks:Bob Wiacek
Changing things up again, you might not know this was still Garney.  This is one of the best Moebius homages I have seen in a long time. 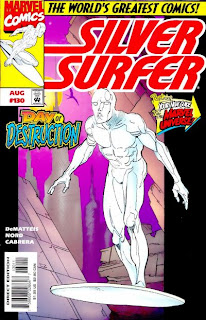 Silver Surfer #130, July 1997
Pencils:Ron Garney
If this doesn't scream inspired by Moebius nothing will.  It's somewhat ordinary.. ok it's alot ordinary but the Moebius influence is so strong that you have to open the cover to look inside. 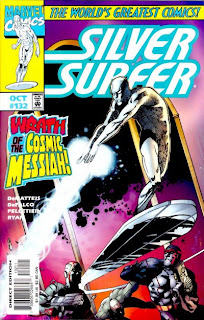 Silver Surfer #132, October 1997
Pencils: Ariel Olivetti
And finally, after Garney left he was replaced by none other than Ariel Olivetti.  The SS certainly had some great cover artists over the years.

That's all for this week now go out and celebrate Mother's Day.