ROCK HARD for THREE HOURS and DIGGING INTO THE BOTTOM 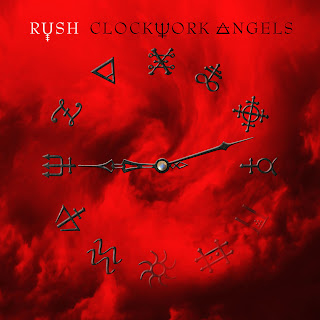 I have two brief topics of discussion this week.   I say “brief” because my Thursday afternoon when I generally prepare my blog post was taken up with kid-pickup and a SECOND trip to SEARS to fix my car (new starter after the new battery install on Sunday).  It’s been a long week of work and I’m ready for the weekend and looking forward to seeing The Great Gatsby with my wife.  I saw Iron Man 3 twice last weekend and I liked it the first time and liked it even better the second time.  While it’s a fun flick, it’s no Avengers.

The big highlight of the week for me was taking my son to see RUSH at the 1st Mariner Arena in Baltimore on Tuesday.  He’s 15 and I was 15 when I saw them back in 1985 for their Power Windows Tour.  They played a lot of songs from that album as well as a good majority from their new one, Clockwork Angels and of course some all-time classic favorites.

RUSH is one of those bands that sounds just as good live as they do on their albums.  The fact that they remain as they always have (just the three of them) is phenomenal and they have a blast doing the show.  They also ROCK HARD for THREE HOURS!!!  If you’re only familiar with their synthesizer era songs, you only know a portion of their catalog.  They still have that hard edge too.  I wish they had displayed their lyrics for the new songs, because I couldn’t decipher them well, hearing them for the first time.  It still sounded great though.  Their lyrics (all written by best-drummer-in-the-world Neal Peart) are literaturely beautiful and are much more deep than the fluff sex-pop stuff that counts as new music today (I find a lot of that to be pretty catchy, if not shallow). 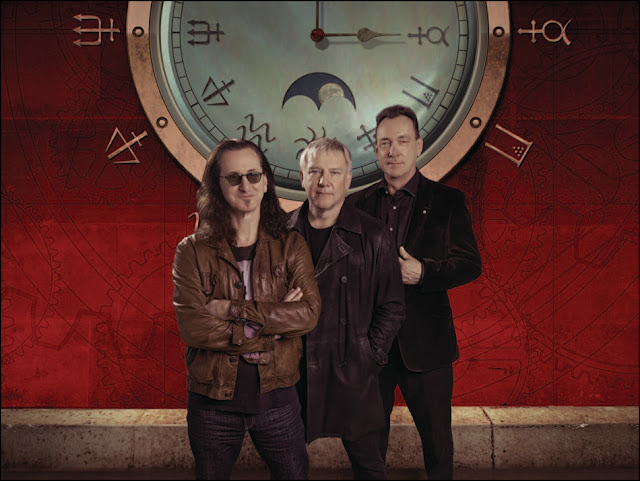 Here are the lyrics to their excellent song, The Garden:

In this one of many possible worlds, all for the best, or some bizarre test?
It is what it is — and whatever
Time is still the infinite jest

The measure of a life is a measure of love and respect
So hard to earn, so easily burned
In the fullness of time
A garden to nurture and protect

The treasure of a life is a measure of love and respect
The way you live, the gifts that you give
In the fullness of time
It’s the only return that you expect

There’s even a novelization of the album story by Kevin J. Anderson, which I’m eager to start reading.
This excellent site will give you the playlist.  Be sure to check them out if they’re coming nearby.  They’ll be in Europe soon, before returning to Canada and the US.

I’ve also been DIGGING INTO THE BOTTOM of my comic book stack lately.  You know the ones you’re not that excited about reading when they come out, so you put them aside for weeks at a time.  Well, I caught up on three titles that I hadn’t read in THREE MONTHS! 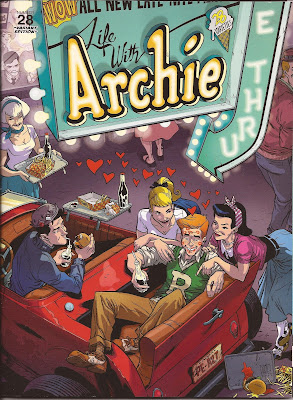 I don’t have time to give you a play by play of what’s been happening, but after reading #27 and #28 (with its awesome variant cover), I actually read #29 this week prior to any Marvel NOW series sans Avenging Spider-Man (which was good, but too tied to the Marvel Movification Universe of characters).  Pat and Tim Kennedy have taken over the art chores for both the Veronica and Betty stories and I couldn’t be happier.  It’s not quite the classic Archie house-style, but it’s really smooth.  I like it a lot.  Even though Paul Kupperberg handles the writing for both universes, I like the Betty one better.  My biggest complaint with the series is the over-focus on Kevin Keller and the obvious liberal sensibilities of EVERY character.  But when they’re not preaching on various issues, it’s actually nice to see the characters deal with “real-life” situations.  Like any good soap-opera, it gets to be addicting.  I suppose the modern “voice” of the gang is just a sign of the times.  Back in the 70’s Archie was actually preaching the Gospel for Spire Comics. 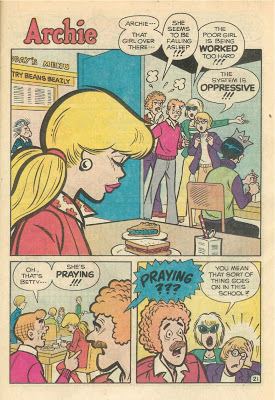 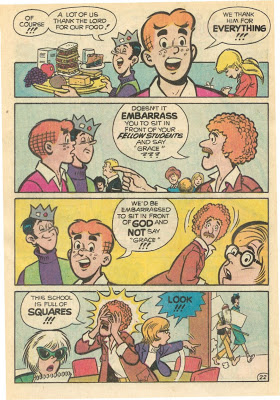 Our cohort, Shawn, has been singing the praises of this title for a while now and he’s totally right.  It’s better than any other Superman title and better than the Smallville TV show too.  We get guest-stars a plenty (like Batman, Impulse, Booster Gold & the Legion) and they’re even in a CRISIS with Ultra-Man due to tackle Clark soon. 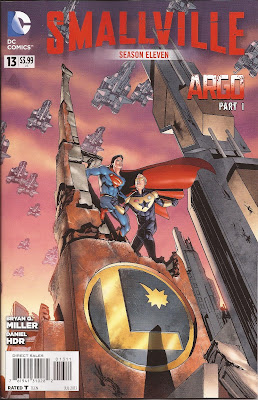 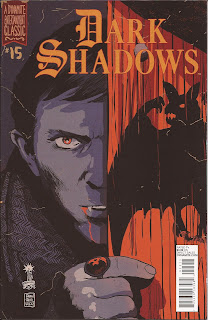 I had about given up on this title.  It had a slow start and the art serves the story, but it doesn’t make you want to scream and shout about it.  Right now they’ve gone from 1971 (the end of the original series) to 1984, where things are really bad and Barnabas is too.  We’ve got time jumping and it’s really getting interesting.  Like Archie and Smallville, I read this one (#16) near the top of my stack this week too.  I couldn’t wait to find out what was going to happen next!  It does a good job capturing the vibe of the series with a little faster pacing and a lot more blood.

Even better than the main title is the new spin-off Dark Shadows Year One that came out a few weeks ago.  The art by Guiu Vilanova IS excellent and very faithful to the character’s likeness.  This is a retelling of the 1795 storyline where Barnabas first becomes a vampire.  It’s slightly different than the show’s version, but that’s okay – there are a lot of different Dark Shadow universes out there (some better than others). 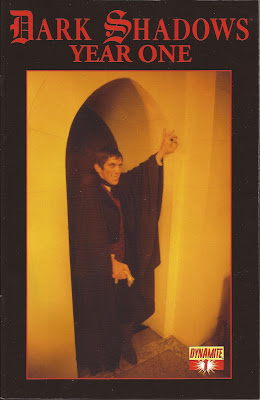 That’s all I've got this week!  Come back next week for some self-indulgence (or I may skip it entirely) – you’ll understand why when you see it.