Once again, many thanks to Matthew for covering last weekend.  He'd best be careful or he may end up doing it more often!

This week, in contrast to Star Trek's wholesomeness I offer one of the best horror anthologies out there. Once the comix market died there weren't many true horror books for a number of years.  Don't get me wrong there were plenty of generic horror titles but nothing which was truly unsettling.  Until Taboo that is! 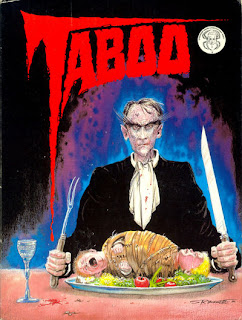 Taboo #1, Fall 1988
Pencils/ Inks: Stephen Bissette
Now that's a first issue cover!  There can be no doubt what you are getting into if you were to buy this.  On the inside you had stories by Alan Moore, art by Bissette, Vess, Charles Burns, and Cam Kennedy. 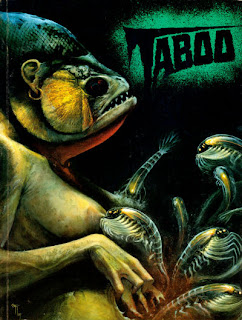 Taboo #2, 1989
Pencils:  John Totleben (painting)
In stark contrast by the oververt horror of the first cover, you have this far more subtle offering for the second issue.     The insides were just as good with art by Sala and Zulli. 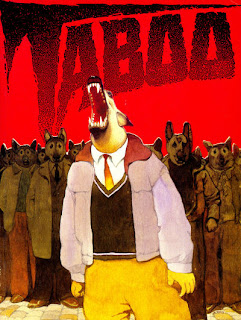 Taboo #4, 1990
Pencils: Moebius (painted)
It's MOEBIUS!!!!  Need I say more?  I am amazed at the talent that Bissette managed to get to do covers for the series.  This is another masterpiece. 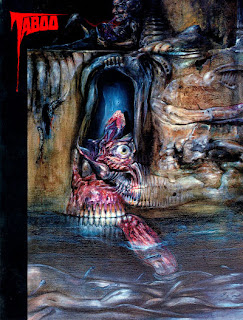 Taboo #6, 1992
Pencils: Cru Zen (painted)
I won't lie, I'm not completed sure what is going on here.  It's pretty gruesome and certainly keeps with the theme of the series. 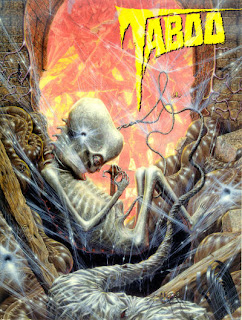 Taboo #9, 1995
Pencils: Alan M. Clarke (painted)
By the end of the series there was something ordinary(?) about the covers.  Don't get me wrong this is still fantastic but the others were so shocking that this almost seems tame.

Oh well, that's enough for this week, now go out and enjoy your logn weekend!