People often forget that it isn't all about them.  Heck, it isn't even all about people in comic books.  One of the best of the fuzzy animal books was called Critters. 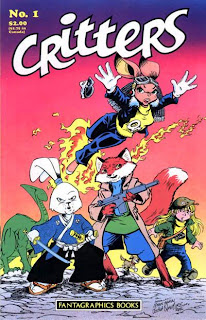 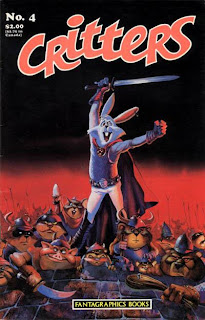 Critters #4, September 1986
Painted: Ken Macklin
One of the things I liked about these covers is that the editors went all out.  This is a fantastic parody of... well every Conan cover. 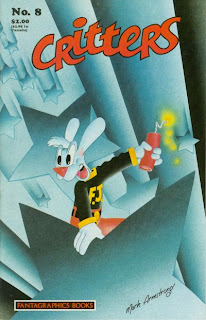 Critters #8, January 1987
Pencils/inks: Mark Armstrong
Did you notice that this cover was from the man who would later work on Peter Porker, The Amazing Spider-Ham. 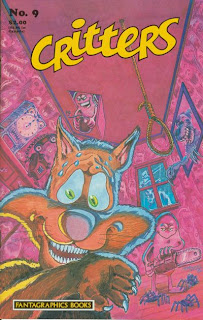 Critters #9, February 1987
Pencils/inks: Tom Stazer
This cover looks like an old Zap! comix cover.  I wonder if that's Fat Freddie's Cat?  If it were, it would explain the psychedelic colors. 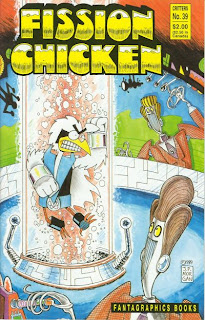 Critters #39, July1989
Pencils/inks: J.P. Morgan
And 30 issues later it looks like it's gone off the tracks.  Actually the only reason I picked this was because it was so crazy.  I'm curious to see the insides now.

That's all for this week, go out and enjoy the snow or sun... depending on where you live.