Indies Preview for April Part 3 of 3 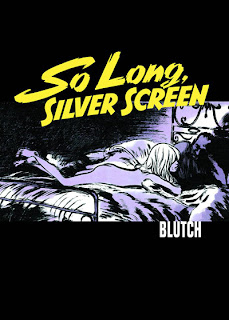 Picturebox So Long, Silver Screen HC by (w/a/c) Blutch
What are the movies? What effect do they have on us? Why do we love them so much? Blutch addresses all these questions in a series of interlocking short comics that move between scholarly history, romantic theory and ribald vignettes, featuring a motley cast of actors and topics including Burt Lancaster, Jean-Luc Godard, Luchino Visconti, Claudia Cardinale, Tarzan, and Michel Piccoli. 88 pgs, 8x11, FC, $22.95  Read a bio of Blutch here.
Thomm: Well, that’s different. I’m not such the movie fan that this is for me, but for those who are this is interesting.
Lee:  I was only semi interested in this until I read about Blutch and saw his art.   Now I am sold.  As an art guy, it looks great.  But it appears that Blutch is a very good story teller too. 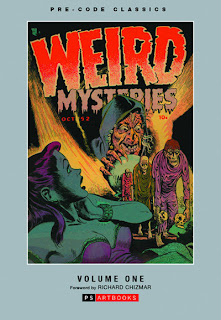 PS Artbooks
Pre Code Classics: Weird Mysteries Vol. 01 HC
PS Artbooks once again with a new sideline (namely Pre-Code Classics) and lots more tales guaranteed to turn your brain into total mush. Hey, maybe Fred Wertham was right, certainly by looking at the line-ups in these six comics. Collecting Weird Mysteries issues #1-6 from October 1952 to August/September 1953. 240 pgs, 7x10, FC, $47.99  You can read a Basil Wolverton story from the 5th issue here.
Lee: Not all pre-code horror is the same and this is middle of the road fair. If you love pre-code stuff like me then you’ll want to get it. Other than that it’s up to you.
Thomm: Yeah, I’m not all that wowed by the pre-Code stuff. There’s a lot of hit and miss. Not that there isn’t hit and miss now, but I don’t have to look far for the stuff now. 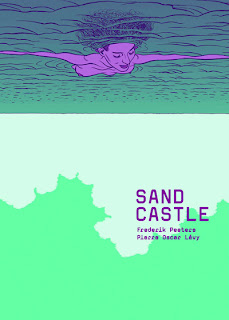 Selfmadehero
Sandcastle GN by (w) Pierre Oscar Levy (a/c) Frederik Peeters
It's a perfect beach day, or so thought the family, young couple, a few tourists, and a refugee at the same secluded, idyllic cove filled with rock pools and sandy shore, encircled by green, densely vegetated cliffs. But this utopia hides a dark secret. When a woman's dead body is founding floating in the crystal-clear water, the thirteen strangers band together to unravel the mystery of the cove - and soon find they best concentrate on how to get out alive themselves! 112 pgs, 7x10, B-W, $19.95  Read an interview with Peeters here.
Thomm: Sounds a lot like the basic premise of horror movies, sans a cast reliant entirely on stupid teenagers. If this bunch of isolated potential murder victims exercises some intellectual ability this could be a very good turn on the genre.
Lee:  Everything I've read about the book says that this is very good.  With smaller books like this, 3-4 sources saying its good is a strong recommendation.  I read Peeters other work, Koma, and loved it.  This is going to be far more than a simple murder mystery. 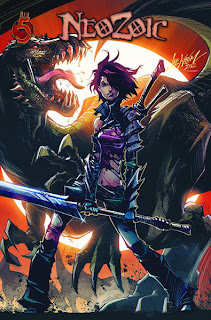 Red 5 Comics
Neozoic: Traders' Gambit #1 of 4 by (w) Paul Ens (a/c) J. Korim
The long-awaited return to the world where dinosaurs and humans live side-by-side! While the Predator Defense League oversees the rebuilding of the city, Lilli and Petra get considerably more than babysitting duty trying to protect a caravan from the giant lizards in the wild. 32 pgs, $3.50
Lee: When we were just a young blog, Red 5 was one of the first publishers to talk with us. Neozoic was one of their first books and we all loved it. I’m glad to see it make a return. If you missed it the first time now you have a second chance.
Thomm: Man, it’s taken forever to get to this second installment. The first was great, so I’m looking forward to this return. 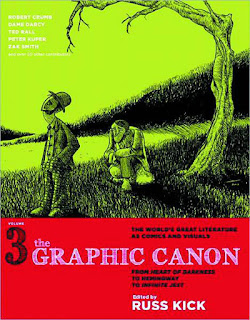 Seven Stories Press
Graphic Canon Vol. 03: Heart of Darkness to Infinite Jest SC by (w) Russ Kick (a) R. Crumb (C) Tadashi Agi
Volume 3 brings to life the literature of the end of the 20th century and the start of the 21st, including a Sherlock Holmes mystery, an H.G. Wells story, an illustrated guide to the Beat writers, a one-act play from Zora Neale Hurston, a disturbing meditation on Naked Lunch, Rilke's soul-stirring Letters to a Young Poet, Ana‹s Nin's diaries, the visions of Black Elk, the heroin classic The Man With the Golden Arm, and the postmodernism of Thomas Pynchon, David Foster Wallace, Kathy Acker, Raymond Carver, and Donald Barthelme. 576 pgs, FC, 8x11, $39.95
Thomm: Um, what? This is 19th and 20th century stuff, not 20th and 21st. Some great stuff, mind you, but let’s try to get our eras accurately identified.
Lee:  Why not more excitement?  I figured this would be right up your alley! 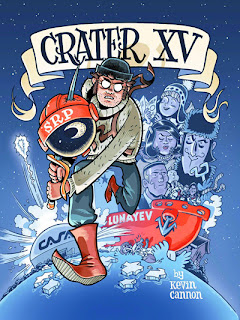 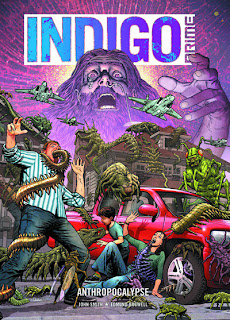 Rebellion / 2000AD
Indigo Prime: Anthropocalypse GN by (w) John Smith (a/c) Edmund Bagwell
There are an infinite number of realities in the multiverse. With the risk of dimensional instability as an ever-present threat, these parallel worlds all need to be managed. Enter Indigo Prime, troubleshooting reality agents. So what do Indigo Prime want with Lance Corporal Danny Redman? Why is a Neanderthal walking around in modern Britain? How do you catch a dimension-jumping Bewilderbeast? 160 pgs, FC, 7x10, $24.99.  Check out Bagwell's blog here, make sure to click on the picture to see the whole page, it's worth it!
Thomm: Better question is what is a Bewilderbeast? This is a little short on pages for the price but I like the premise. Parallel world stories are always easier on my brain than time travel stories.
Lee:  I won't lie... it's all about the art.  Bagwell is just amazing and since I'm always on the look out for new artists this became a must have.

Thomm: An eclectic selection for the indies, as it should be. Neozoic is my obvious most anticipated, but Tyrex and Raven Girl look particularly good, too.
Lee:  Eclectic is good.  For me, this was the big day with So Long Silver Screen and Indigo.  It's all about the art!