So this week a snippet from each part. 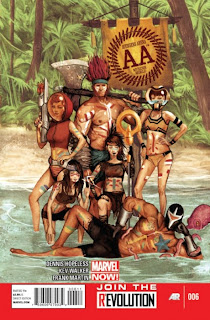 The bru-ha-ha caused by Jerry Ordway is all over the place. When I read it I felt Jerry’s pain a little. He was bemoaning the fates that he signed an exclusive and had not worried about asking about guaranteed work. Not sure what the exclusive deal did for him then, but it is common mistake that when dealing with a corporation you forget they have lawyers drawing up this stuff. People trust the person they are dealing with and mistake the person for the company. I tell people all the time a corporation is a soulless entity and will do what ever it needs to do that best serves its goal which is to make money.  There are people in those companies who will treat people fairly, but you can’t depend on that. Jerry was lamenting the changing of the guard that goes on in every walk of life. 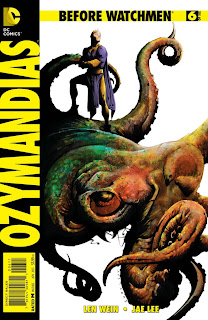 Thor God of Thunder #6 by Jason Aaron, Butch Guice and Tom Palmer was a fail in my view. First off Butch Guice is a great artist and I own two pages from his work on the Sword of Atlantis stuff done a while ago. He was wrong for this story. Second the story itself of Gorr is was rather uninspired. I love the actual series right now and the three Thor approach has been brilliant, but Gorr is not that menacing of a character in a design sense. He is almost the Jar Jar Binks of Thor villains. His origin was rather bland. He has a horribly tough life, bitches out his gods and suddenly god like beings (conveniently dressed in Gold and Black)   drop into his lap. He manages to steal their power or something and flies off to kill gods. I’m sorry if that is the best you have for his origin, we would have been better left off with no origin at all. Why is this guy such a great warrior and able to kill all of the different gods.

Come back Monday and Tuesday for all five full length posts!
Posted by Jim at Sunday, March 17, 2013