I can't do Rom the Spaceknight toy justice.  In 1978 it was something completely different.   From another site, Taking a chance, in 1978 Parker Brothers came up with their answer to the Sci-Fi craze created by Star Wars...ROM The Space Knight.  At the time, he was one of the most hi-tech toys marketed.  If you've never seen the toy, I highly suggest going here and checking it out.  Toys, like comics, don't always age well and Rom has not.  But his comic had some spectacular covers. 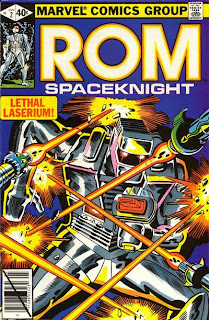 Rom #2, January 1980
Pencils/inks: Al Milgrom The cover to the first issue was ok but not great.  But with issue 2 things started getting better.  Even if you didn't like the toy, you were compelled to look inside to see what was happening. 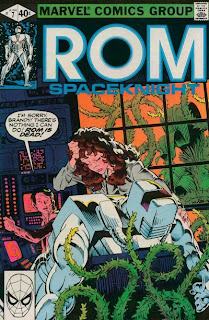 Rom #7, June 1980
Pencils/inks: Michael Golden
Ok, maybe Milgrom turned in his best work early!  But, for whatever the reason, he was replaced by non other than Michael Golden and the covers went from good to amazing.  As an added touch we even have a great example of a 70's cover dialogue box.  Sadly, I occasionally miss those. 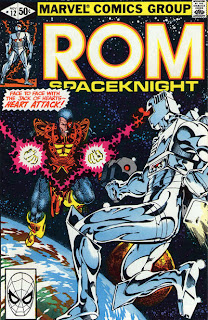 Rom #12, November 1980
Pencils/omks: Michael Golden
You can make an argument that the cover is slightly generic but it made me buy the book and started a life long love of the Jack of Hearts.  I have to say, it's easy to collect all the appearances of a c-list hero that never appears. 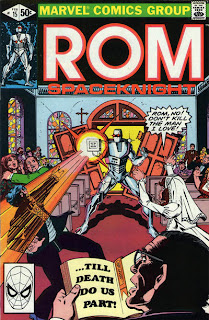 Pencils/inks: Bob Layton
I've never actually seen this cover!  Shooting someone on their wedding day certainly stands out on the stands. 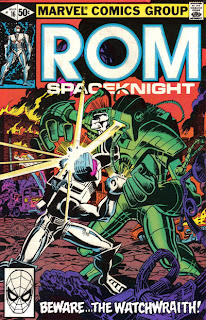 Inks: Al Milgrom
Yeah, it's a somewhat generic superhero battle cover but I still love it.  I am also gaining all sorts of new respect for Ed Hannigan.  He turned in a stack of great covers for World's Finest last week and continued to do the same for Rom.


Oh well, that's it for this week.  Now go outside and enjoy the sun!