Ok, this week isn't about covers but it is about something just as important, THE COMMERCIALS!  If you've read any comic published before 1982 then you've certainly seen these, the Hostess Cupcake ads.  These were so well done that they often appeared to be part of the story.  Ok, maybe not but I'm pretty sure everyone read them and I'm absolutely sure they're better than the "news" in the back of DC comics. 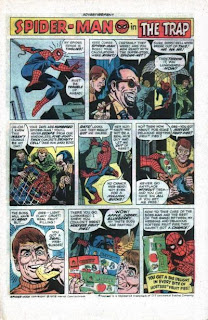 Hostess Ad #1, May-June 1975
Pencils:  Ross Andru
Inks: Mike Esposito
This is the very first Hostess ad.  As the ads go it's ok but I had to start with the first. 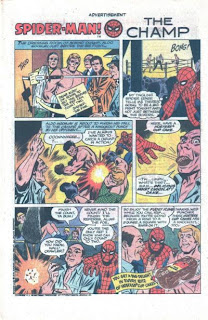 Hostess Ad #14, March-April 1977
Pencils: George Tuska
Inks: Mike Esposito
This was one of my favorites!  Why?  Because Spiderman hucks a Hostess Cup Cake right into the ref's mouth.  I don't why he didn't choke but that is one of my favorite panels. 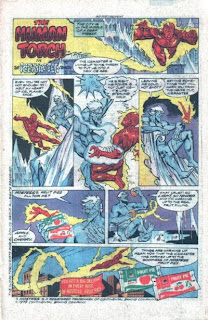 Hostess Ad #42, January 1980
Pencils: Frank Miller
Inks: Joe Rubinstein?
More Frank Miller!  Anyone sick of his art yet?  I loved  the villain Icemaster because he looked so cool.  I searched for other appearances by him but who knew this was his only one. 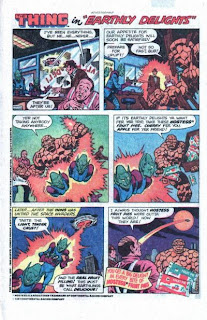 Hostess Ad #58, May 1981
Pencils: Sal Buscema?
Inks: Chic Stone
I'd always seen this but I never questioned how the Thing was able to use the aliens statis ray to tie them up.  Now that I am older, and nerdier, it seems rather odd. 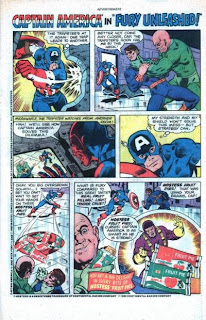 Hostess Ad #69, April 1982
Pencils: Alan Kupperberg?
Inks: Bob McLeod?
The ads started getting a little strange by the end and this is a prime example.  Maybe it was because I was getting older but I don't think so.   Even I wondered how Nick Fury was able to talk while being choked.


That's all for this week.  Now go outside and enjoy the sun.