Who doesn't fondly remember the 90's and all the wonderful things it did for the comic book industry.  There were foil covers, poly bagged books, and even variants of variant covers.  It's when marketing departments finally took over the industry and nothing has been the same since.  I think one of the books that epitomizes the era the best is X-Force.  I'm not sure I can do Rob Liefeld's X-Force justice but that isn't the point of this post.  Let's talk about the art because, amazingly enough, the series had some great cover artists. 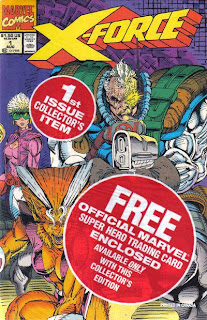 X-Force #1, August 1991
Pencils/Inks: Rob Liefeld
I will not pick any more Liefeld covers.  It's too easy to make fun of them and theres's no sport in that.  But I do love the polybag which ruins any chance of actually seeing what was on the cover.  Not that it mattered because the book came with a baseball card! 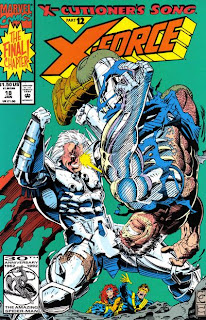 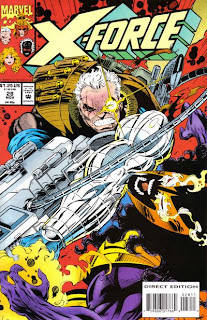 X-Force #28, Novemeber 1993
Pencils: Tony Daniel
Inks: Jon Holdredge
Ok, now this is just getting weird because 20 years later Tony Daniel is also drawing Batman.  I really like this cover but I don't think it's the best representation of Daniel's style.  It's also interesting how much Daniel and Capullo were products of Marvel's 90s house style. 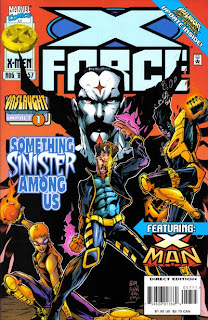 X-Force #57, August 1996
Pencils: Adam Pollina
Inks: Mark Morales
Believe it or not, X-Force was actually a good book for a couple of years once all the expectations were off of it.  Pollina was a great artist with a distinct style that was different from most of the other artists on the stands at the time. 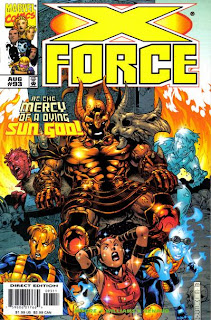 X-Force #93, August 1999
Pencils: Jim Cheung
Inks: Scott Elmer
Again, it's amazing the artists that worked on this series.  Cheung is a great storyteller and his covers are just as good today as they were then.


Well, that's all for today.  Now it's time to go watch baseball.